China's banks have extended a record 12.65 trillion yuan ($1.84 trillion) of loans in 2016 as the government encouraged more credit-fueled stimulus to meet its economic growth target. 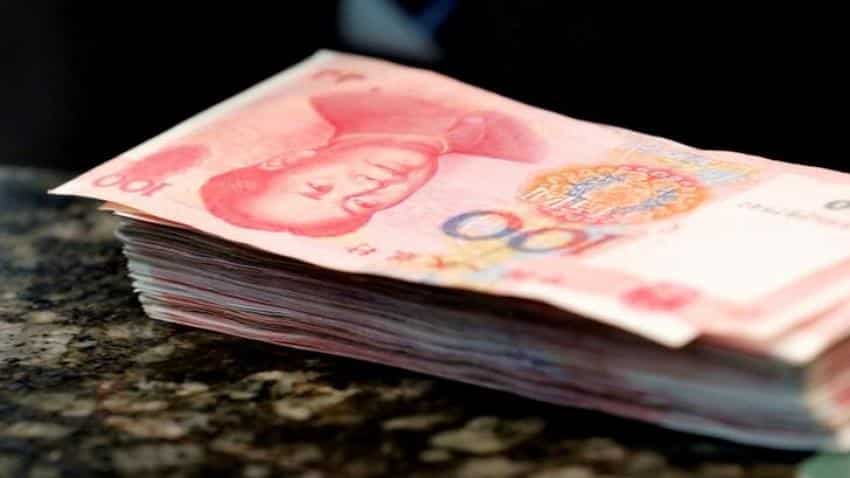 China`s banks extended a record 12.65 trillion yuan ($1.84 trillion) of loans in 2016 as the government encouraged more credit-fueled stimulus to meet its economic growth target, despite worries about the risks of an explosive jump in debt.

New bank loans last year surpassed the levels of China`s massive credit-led stimulus during the global financial crisis in 2009, according to Reuters calculations based on central bank data. The 2016 total was some 8% above the previous all-time high of 11.72 trillion yuan set just the year before.

Despite China`s ever-more frantic pace of credit creation, however, some analysts say Beijing is getting less and less bang for its buck, with every yuan of stimulus proving less efficient in generating the same amount of economic growth, while adding to the risk of rising defaults and non-performing loans.

"From a longer term perspective, you`re using the same level of credit growth but you have lower real economic growth, so the credit is becoming less productive and less efficient."

A pick-up in borrowing by Chinese companies boosted to 67% the proportion of long-term corporate loans among all loans in December, ANZ economist David Qu wrote in a note, a significant reversal from recent months, when home mortgages predominated.

Dozens of Chinese cities have added new curbs on home buyers since October, to battle speculation amid skyrocketing prices.

But expectations for tightening of credit expansion this year could have driven some of the December borrowing, Qu added.

Despite the December slowdown, household loans made up half of total new yuan loans in 2016.

Capital Economics said the December pick-up was unusual, since annual loan quotas are mostly used up by year-end.

"A shift worth noting was a decline in corporate bond issuance in favour of bank loans, which explains the concurrent jump in bank lending.... This likely reflects the sharp increase in bond yields that took place last month," Capital Economics` China economist Julian Evans-Pritchard said in a note.

"We expect the gradual slowdown in broad credit growth since last summer to continue in the coming months, given few signs that fresh monetary easing is on the cards. This will start to weigh on economic activity before long."

Global investors are buzzing over whether China`s leaders will be willing to accept more modest economic growth this year as they step up efforts to contain risks from the spike in debt.

Data next week is expected to almost certainly show the economy hit the government`s full-year 2016 target of 6.5-7%, fueled by ample credit and higher government infrastructure spending which is often being channeled through more inefficient state firms.

Outstanding loans had been expected to rise 13.1% while money supply was seen up 11.5%.

But for the full year, TSF also hit a record of 17.8 trillion yuan.

China`s overall debt has jumped to more than 250% of GDP from 150% at the end of 2006, the kind of surge that in other countries has resulted in a financial bust or sharp economic slowdown, analysts say.

The chief of China`s state planning agency vowed on Tuesday to contain high company leverage ratios, saying it will not allow debt of non-financial firms to rise beyond current levels and will step up efforts to encourage companies to restructure their debts. China`s corporate debt has soared to 169% of gross domestic product (GDP).