Retail sales were also worse than expected, with the headline number rising 7.2%, the slowest pace since May 2003, data from the National Bureau of Statistics (NBS) showed. 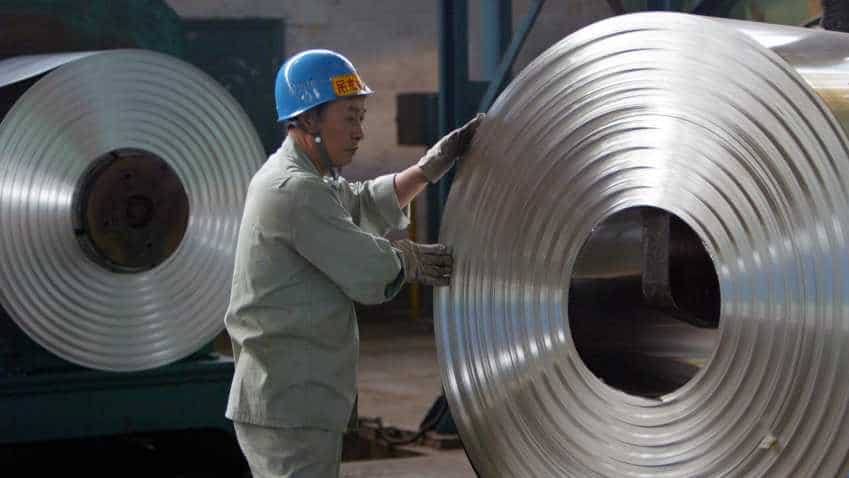 China on Wednesday reported surprisingly weaker growth in industrial output and retail sales for April, reinforcing expectations that Beijing needs to roll out more stimulus measures as the trade war with the United States escalates. Investment also stumbled unexpectedly, suggesting China`s economy is still struggling for better footing even as a sharp hike in US tariffs on Friday ratcheted up pressure on its exporters.

Growth in industrial output slowed more than expected to 5.4 percent in April from a year earlier, pulling back from a surprising strong 4-1/2 year high of 8.5% in March, which some analysts had suspected was boosted by seasonal and temporary factors.

Retail sales were also worse than expected, with the headline number rising 7.2%, the slowest pace since May 2003, data from the National Bureau of Statistics (NBS) showed.

That compared with March`s 8.7% and forecasts of 8.6%, highlighting concerns that consumers are growing less confident as the economic slows and the trade war drags on.

Private sector fixed-asset investment grew 5.5% in the same period, easing sharply from an increase of 6.4% in the Jan-March period. Private investment accounts for about 60 percent of overall investment in China.

Growth in infrastructure spending, a powerful economic driver, held steady at 4.4% on-year in Jan-April from the first quarter of this year.

China is trying to engineer a construction boom to rekindle demand, even as it steps up support measures to keep cash-starved smaller companies afloat, ranging from tax cuts to financial incentives for firms which do not lay off staff.

TRADE TENSIONS
Washington dramatically escalated its 10-month tariff war with Beijing on Friday by hiking levies on $200 billion worth of Chinese goods in the midst of trade talks, and President Donald Trump has threatened new levies on all remaining U.S. imports from China, sending global financial markets into a tailspin.

China retaliated on Monday, though on a smaller scale, and the two sides appear deadlocked over negotiations.

But Trump softened his tone on Tuesday, insisting that talks between the world`s two largest economies had not collapsed. He has announced plans to meet Chinese President Xi Jinping on the sidelines of a G20 summit late next month.

Economists at Citi estimate the U.S. tariff increase could lop 50 basis points off China`s GDP growth, reduce exports by 2.7 percent and cost the country another 2.1 million jobs, though they are optimistic a trade deal will be reached eventually.

Analysts at BofA Merrill Lynch believe a prolonged period of brinksmanship would drag China`s growth to 6.1 percent this year, from a near 30-year low of 6.6 percent in 2018. They expect more policy easing in the short-term, further cuts in banks` reserve requirements and another surge in bank lending, as well as consumer subsidies to boost sales of products such as cars, appliances and smartphones.

Just weeks ago, analysts had been scaling back expectations for additional stimulus in China after surprisingly upbeat March data and signs of progress in trade talks. But they expected the central bank would maintain its easing bias and continue to keep ample liquidity in the financial system.

The economy grew at a steady 6.4% pace in the first quarter, defying expectations for a slowdown, as industrial production jumped and consumer demand showed signs of picking up.