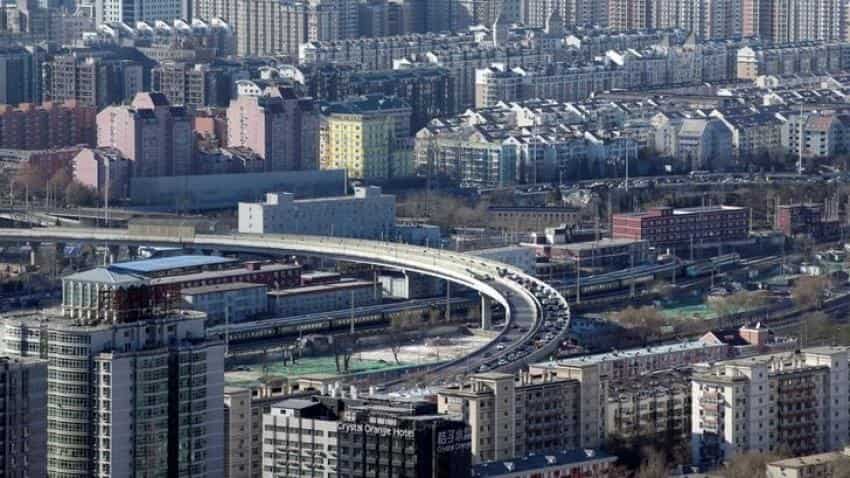 Prices of new homes in China grew last year at the fastest rate since 2011, but moderated enough in December to calm fears of a speculative bubble bursting with disastrous economic consequences.

The price moderation will come a relief to China`s leaders as they wrestle with economic targets for 2017.

Sources have told Reuters that Beijing is prepared to accept a more modest growth target of 6.5% this year as leaders tackle a mountain of debt built up over years of heavy official borrowing to fund stimulus campaigns.

China depended heavily on the surging real estate market and government stimulus to drive economic expansion in 2016. Now it is widely expected to report on Friday that it met its annual gross domestic product (GDP) growth target of 6.5 to 7%.

Analysts say two forward-looking figures -- household loans and house sales -- have been indicative of the cooling trend in the property market.

But 12 of 15 markets that had been singled out by authorities as overheating had price falls, a significant increase from November.

China`s leaders have pledged to strictly limit credit flowing into speculative buying in the housing market in 2017, which would allow it to focus on defusing explosive growth in corporate debt.

Those sentiments have been echoed by some local government heads, although local authorities are not always seen as eager to follow Beijing`s property clampdowns due to the hefty revenues they garner from land sales.

China`s average home prices are forecast to rise 4.1% in 2017, while growth in property investment would rise 5.4% , a state-owned newspaper reported earlier this month, citing the Chinese Academy of Social Sciences.

But authorities will be walking a fine line between curbing excessive price gains and clamping down too hard on a sector which accounts for about 15% of the economy.

After 2016`s record surge, further sharp gains may also require more aggressive policy curbs, adding to risks of a price crash and a sharp knock for the economy.

Wednesday`s data showed eye-popping price rises in 2016, despite a slowdown in growth late in the year.

"To buy a house in Shanghai, I definitely can`t do it alone, I`d need my parents to help," said 28 year-old Barret Xu, a designer in Shanghai.

Even in some of China`s second-tier cities, investors are becoming wary of the potential risks from very high prices.

A Hefei homeowner who only gave his last name as Zhou, who already has three properties in the city, said prices have skyrocketed and he is not willing to bet further on that market.

"The average prices are about 20,000 yuan per square metre and prices are still rising at about 1,000 yuan per month. It`s way to high, Hefei is just barely a second-tier city," Zhou said.

"The rich people from Zhejiang province and Shanghai can afford to buy tens and hundreds of houses here, but the locals can`t afford that," he said.

ALSO READ: China to target around 6.5% economic growth in 2017: Sources