Global champagne sales are forecast to slump by a third, or 100 million bottles, this year as the coronavirus crisis shuts bars and restaurants worldwide and hammers economies 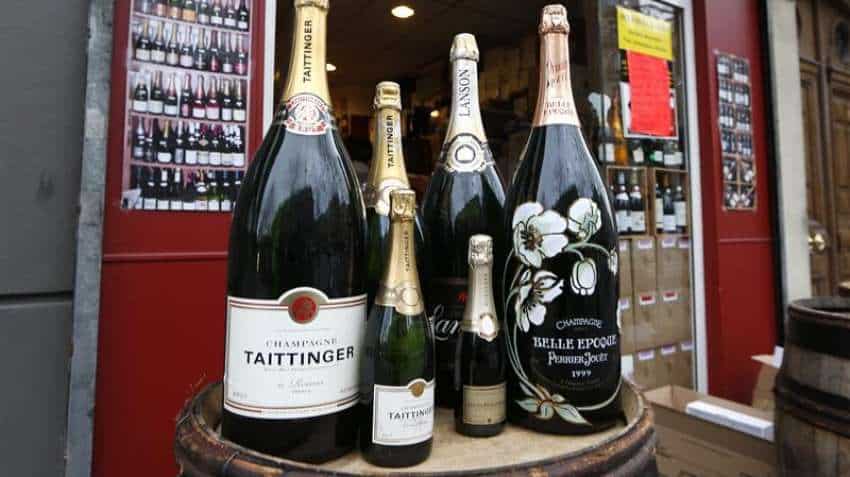 Global champagne sales are forecast to slump by a third, or 100 million bottles, this year as the coronavirus crisis shuts bars and restaurants worldwide and hammers economies.

The collapse is akin to a wartime depression, the champagne producers` group CIVC told Reuters on Thursday. Lost sales could total over 1.7 billion euros ($1.9 billion) in 2020, and the downturn could last for many years, it said.

"When someone looses a job or someone dies in his family, they don`t want to celebrate, so we`ll certainly see that risk hitting us for several years," said co-chairman Maxime Toubart.

The sales estimates are based on a 75% fall in April and May, and Toubart`s CIVC co-chairman Jean-Marie Barillere predicted they would remain below-average until the end of the year, including the festive holidays.

"We hope it will improve when hotel, cafes and restaurants reopen and people return to a more normal and more optimistic life, but it is hard to say how fast that happens," he said.
"We are preparing to difficult times ahead."

A rebound in sales to key export markets will not be instant, including the United States where a sharp rise in unemployment may change consumption patterns, Toubart said.

The price of some champagne could fall later this year if producers seek to sell their surplus in bargain sales.

In a bid to cut stocks, CIVC decided on Thursday that some of this year`s grape harvest will not be allowed to be bottled until 2022.

PPF vs Sukanya Samriddhi Yojana: Which investment tool is better for your child? Check surprise answer

Jharkhand Board 10th result: JAC 10th Result 2020 to be announced today at 1pm at jac.nic.in