With five major Indian ports witnessing a significant rise in passenger footfall and the government offering major incentives to cruise liners, like 25 per cent rebate in vessel-related charges for coastal cruise movement, India is fast emerging as a top destination for global cruise tourism. As per industry estimates, about 1.5 lakh Indians make bookings on cruise liners annually. 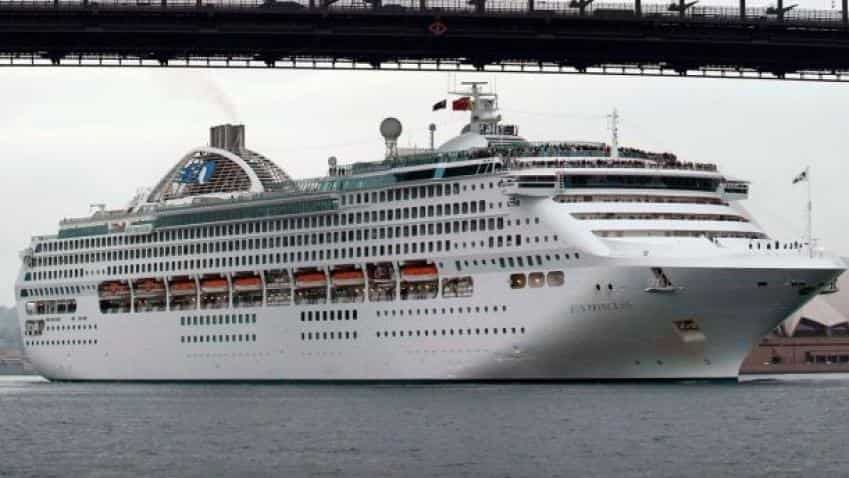 Further, Chadha said Azamara Club Cruises sailings will also visit various ports like Kochi, Mumbai and Porbandar. Azamara will also utilise Chennai and Mumbai as frequent embarkation ports, she added.
"We plan to offer more such cruises this year as well. Broadly speaking, we hope to have as many as 20 itineraries for Celebrity Cruises visiting Indian ports by 2020," she added. Celebrity Cruises' 12 ships offer luxury vacations visiting all seven continents.

Talking about preference, she said the most travelled destination by Indians in Asia was Singapore, largely due to its proximity to the sub-continent. "Indians, especially those going on a cruise for the first time, prefer shorter cruises and short-haul destinations such as Singapore and Hong Kong. "Royal Caribbean International's short-duration offerings to these destinations, such as 3 and 4 night cruises to Singapore, are the most popular choices among first-time cruisers looking to sample a cruise vacation," she added.

It was followed by Europe and Alaska, as cruise travellers expressed increasing interest in travelling to lesser-known ports and regions in these places, she said. "For a well-travelled discerning guest, however, Celebrity Cruises and Azamara Club Cruises are the preferred choices as they offer highly personalised, unique and luxurious onboard experiences while taking travellers to the most exotic places, including Galapagos and Antarctica," she said.

Historically, she said, Delhi, Mumbai and other tier I markets such as Bengaluru, Ahmedabad, Chennai and Kolkata have been the major centres for cruise travellers. However, tier-II cities such as Surat, Nagpur, Hyderabad and Chandigarh, among others, are gaining prominence.

"They have the aspiration to seek valuable experiences, understand luxury and can truly appreciate quality service. In the future, the market from these regions promises to be a major driver in the growth of cruise tourism," she added.

While the Indian cruise market is growing, it is yet to establish its prominence in the global cruising map, as underlined by the fact that currently, there is no major international cruise liner offering cruises from India, she said. "We aim to change this scenario by bringing to the forefront the enormous potential of India as a cruising destination. We are aggressively planning towards offering a variety of cruises to our patrons and include Indian ports on the global map," she said.

With five major Indian ports witnessing a significant rise in passenger footfall and the government offering major incentives to cruise liners, like 25 per cent rebate in vessel-related charges for coastal cruise movement, India is fast emerging as a top destination for global cruise tourism, she said.

As per industry estimates, about 1.5 lakh Indians make bookings on cruise liners annually. "While the figure is still only a small fraction of the global average of 23 million in 2016-17, Indian cruise tourism has reported a healthy double digit growth," she said.

Various factors, including global recognition of Indian ports, the rising number of travellers from India and an enhanced focus of the government to provide capital investment to the ports revenue and employment generation have contributed to this positive scenario, she added.