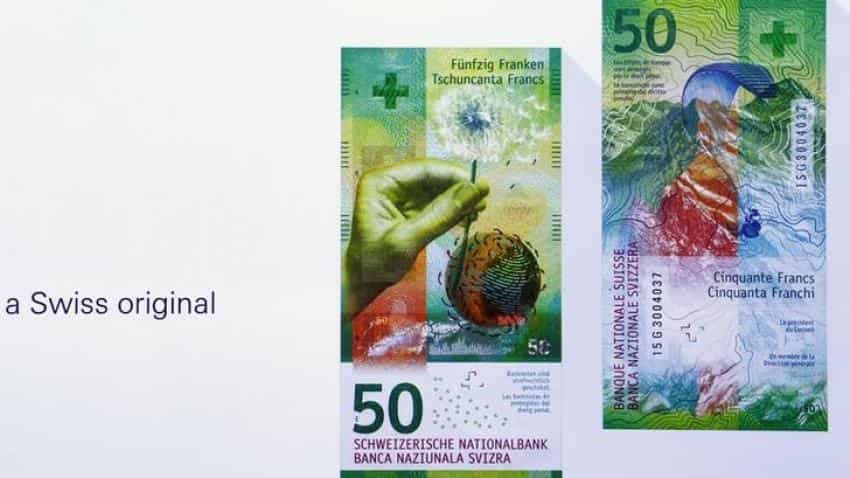 The Swiss central bank sought on Monday to allay fears among citizens that bank notes could eventually be phased out as a result of global money-laundering rules or the rise of alternative payment systems.

Cash will remain a crucial part of the financial system despite these concerns, Fritz Zurbruegg, deputy head of the Swiss National Bank (SNB), said.

"As the supplier of Swiss franc banknotes, the SNB... takes Swiss central the view that the reports about the death of cash are not just exaggerated – they are unfounded. The SNB has no plans whatsoever to do away with cash," he said in remarks prepared for the World Banknote Summit in Basel.

The European Central Bank last year caused a stir in some countries, notably Germany, when it said it would stop issuing 500 euro ($529.05) notes as part of a push against their use by criminals.

There was concern in Switzerland that the SNB might follow suit. Many Swiss prefer to use cash, buying cars with large notes, for example.

Demand for cash remains robust and has actually risen in many countries of late as a result of the global financial crisis that shook confidence in banks` stability, Zurbruegg said.

With cash deposits yielding almost no interest now, the opportunity cost of holding cash is also low, he added.

"In Switzerland, the situation was heightened by the introduction of negative interest in January 2015, which triggered a temporary hike in demand for cash. However, we did not see cash hoarding on any major scale," Zurbruegg said.

While retaining its traditional role as a store of value, cash is also still widely used for payments, he said, recalling his surprise at the difficulty of paying for items with a $100 bill during his years living and working in the United States.

Holding cash avoids data security issues that electronic payments and accounts can pose, he said, while noting criticism that the privacy cash affords can be exploited by criminals.

But not to an extent that concerns the SNB.

"In Switzerland, we have no indication that large denominations -- in our case, the 1,000-franc ($993.05) note -- present a specific risk in this regard. Our legislation, especially the law and the associated ordinance on money laundering, help prevent cash being used for criminal purposes," Zurbruegg said.

The SNB, which is in the midst of issuing a news series of high-tech banknotes, will ensure that demand for cash is satisfied and that cashless payments also function smoothly, he said.

"We are mandated by law to perform both tasks, and they have equal status."

No cash in ATM? Try these methods for purchases, payments

Back to nought: Cash is slowing eating away mobile wallets' party

Banks to remain shut till August 15; Will ATMs run dry?