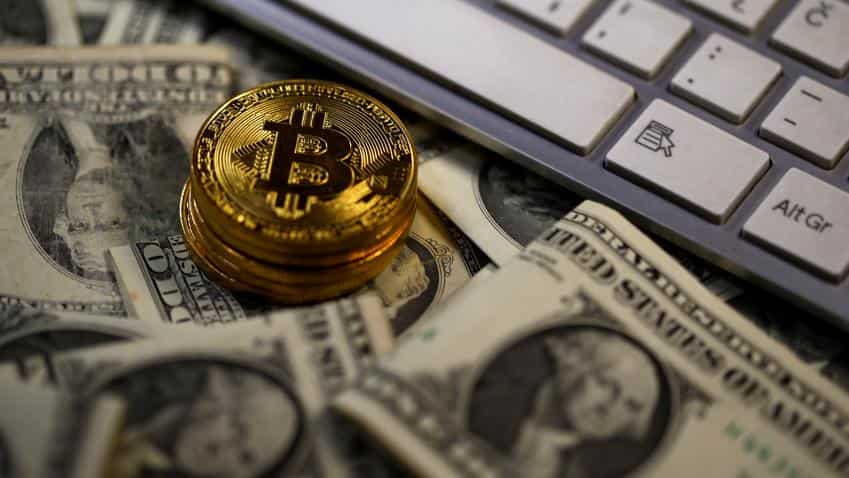 Banning cryptocurrencies in India not the solution; it would discourage tech startups: Nasscom

Jail for buying Bitcoin, Ethereum, Litecoin or other cryptocurrencies? Yes, you read that right! There is more

Central bankers say the success of bitcoin and other cryptocurrencies is just a bubble. But it keeps them awake at night because these private currencies threaten their control of the banking system and money supply, which could undermine the monetary policies they use to manage inflation.

With bitcoin smashing through the $8,000 level for the first time this week after a 50 percent climb in eight days, they are also worried they will be blamed if the market crashes.

This is why several central banks are advocating regulations to impose control. Others are even looking at whether to introduce their own digital currency and are testing payment platforms.

"The problem with bitcoin is that it could easily blow up and central banks could then be accused of not doing anything," European Central Bank policymaker Ewald Nowotny told Reuters.

"So we`re trying to understand whether bank activity in relation to cryptocurrency trading needs to be better regulated."

The global cryptocurrency market is worth $245 billion which is tiny compared to the trillion dollar plus balance sheets of the Bank of Japan, the U.S. Federal Reserve or the ECB.

These institutions issue yen, U.S. dollars and euros, both by creating physical cash or by crediting banks` accounts, as is the case with their bond-buying programmes.

Cryptocurrencies, however, are not centralized. They do not pass through regulated banks and traditional payment systems. Instead, they often use blockchain, an online ledger of transactions that is maintained by a network of anonymous computers on the internet.

This has raised concerns about their vulnerability to hackers, as underlined by a score of incidents in recent months, and their use to finance crime.

Cryptocurrencies holders also have a claim on a private, rather than a public entity, which could go bust or stop functioning.

For these reasons, and given their low adoption by retailers, central banks have dismissed cryptocurrencies as risky commodities with no bearing on the real economy.

“Bitcoin is a sort of tulip,” ECB Vice President Vitor Constancio said in September, comparing it to the Dutch 17th century trading bubble. “It’s an instrument of speculation."
LEGAL TENDER

China and South Korea, where cryptocurrency speculation is popular, banned fundraising through token launches, whereby a newly cryptocurrency is sold to finance a product development.

Russia`s central bank said it would block websites selling bitcoin and its rivals while the ECB told European Union lawmakers last year "they should not seek... to promote the use of virtual currencies" because these could "in principle affect the central banks` control over the supply of money" and inflation.

Yet Japan in April recognised bitcoin as legal tender and approved several companies as operators of cryptocurrency exchanges but required them register with the government.

The ECB, the Bank of Japan and Germany`s Bundesbank are already testing blockchain, admitting it may have a future use for the settling of payments.

The BOJ last year set up a section in charge of fintech to offer guidance to banks seeking new business opportunities, and

joined up with the ECB to study distributed ledger technology(DLT) like blockchain. They concluded that blockchain was not mature enough to power the world’s biggest payment systems.
LUKEWARM

Commercial banks have so far been lukewarm to existing digital currencies.

But with electronic payments already supplanting cash, they`re alert to the danger that they would lose business if their clients decided to switch to them.

For this reason, Swiss banking giant UBS is leading a consortium of six banks trying to create its own digital cash equivalent of each of the major currencies backed by central banks.

This would allow financial markets to make payments and settle transactions more quickly.

This poses risks for central bankers, as the guardian of the banking and payment system.

"(We could) wake up one day and most of the big banks have been eviscerated and most of that activity has moved elsewhere," St. Louis Fed President James Bullard told Reuters in a recent interview.

This could lead to a financial crisis if regulators lost sight of the activity, he said.

Some central banks such as Sweden`s Riksbank and the Bank of England are also looking at the merits of introducing their own digital currency.

Holders would have a direct claim on the central bank - just like with banknotes but without the inconvenience of storing large amounts of cash.

In Sweden, where most retail payments are electronic, the Riksbank said it was looking into an e-krona for small payments between consumers, companies and authorities.

"An e-krona would give the general public access to digital complement to cash guaranteed by the state and several payment services suppliers could connect to the e-krona system," the Riksbank said.

A central bank digital currency (CBDC) could also change the way monetary policy is carried out by allowing central banks to inject liquidity directly into the real economy, bypassing the financial sector, if they want to boost inflation.

This could help make monetary policy more effective, according to a study by economists at the Bank of England.

But it could also be risky if depositors were tempted to convert their bank deposits into central bank money during a banking crisis, accelerating any run on commercial banks.

A senior Bank of Japan (BOJ) official said on Wednesday that although technology is revolutionising banking, digital currencies will not replace physical money any time soon.

"It`s too far off," Hiromi Yamaoka, head of the BOJ`s payment and settlement systems department, said on the sidelines of a forum on financial innovation hosted by Thomson Reuters.

"It would change the banking system too drastically."

Banning cryptocurrencies in India not the solution; it would discourage tech startups: Nasscom

Jail for buying Bitcoin, Ethereum, Litecoin or other cryptocurrencies? Yes, you read that right! There is more