Broadcom to end bid for Qualcomm, keeps plan to move to US: Sources

Broadcom will continue with its plan to redomicile to the United States, a move that will cost it about $500 million a year under a higher tax rate, the sources added. 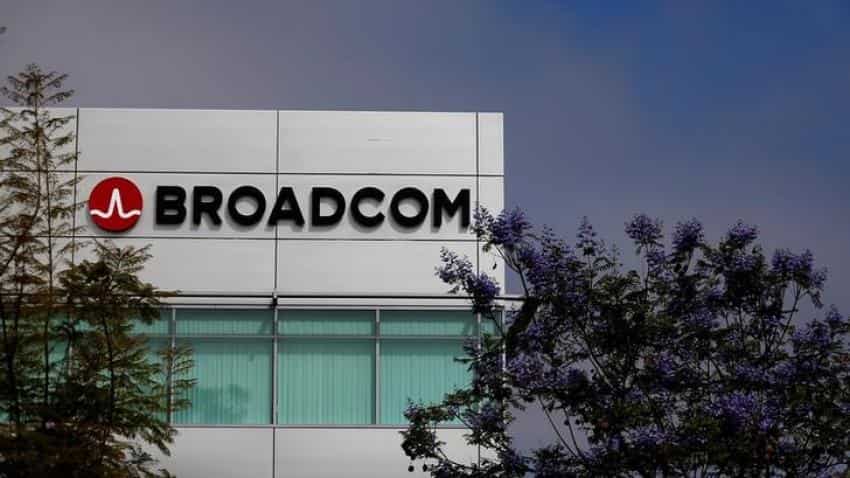 Broadcom had planned since last year to relocate its legal headquarters to the United States, avoiding the need for a CFIUS review. Image source: Reuters
Written By: Reuters
RELATED NEWS

Singapore-based Broadcom Ltd is planning to scrap its bid for Qualcomm Inc, after U.S. President Donald Trump blocked the chipmaker`s proposed acquisition on national security grounds earlier this week, although it will press on with its plan to move its base to the United States, according to sources familiar with the matter.

Broadcom`s board was meeting on Tuesday night to formalize its plans and it could make an announcement as soon as Wednesday, the two sources added. The company will also drop its challenge to Qualcomm`s board, the people added.

Broadcom will continue with its plan to redomicile to the United States, a move that will cost it about $500 million a year under a higher tax rate, the sources added.

Being based in the United States as opposed to Singapore will allow Broadcom to make what it believes will be acquisitions of U.S. companies that will not fall within the jurisdiction of the Committee on Foreign Investment in the United States (CFIUS), which scrutinizes deals for potential national security concerns.

Broadcom and Qualcomm could not be immediately reached for comment.

DEAD DEAL
Trump signed an order late on Monday to halt what would have been the biggest-ever technology deal on concerns that a takeover of Qualcomm by the Singapore-based company would erode the United States` lead in mobile technology and give China the upper hand.

The deal, spearheaded by CEO Hock Tan, would have created the world`s No. 3 semiconductor company with a leading market share in smartphones, car electronics and industrial internet devices.

Analysts said Broadcom can still build heft through smaller deals. And it could have an easier time buying U.S. targets if it goes through with plans to redomicilie in the United States.

Tan has already turned Avago, a small chipmaker with a market value of $3.5 billion in 2009, into a more than $100 billion company.

Tan bought California-based companies Broadcom for $37 billion in a leveraged deal in 2015 and Brocade Communications in a $5.5 billion deal two years later.

San Diego-based Qualcomm evolved from a U.S. military aerospace contractor to become the dominant player in wireless radio technology over the past two decades, with its chips used in half of all smartphones.

It fended off antitrust concerns around the globe over its intellectual property strategies, taking the biggest share of wireless royalties in the 3G and 4G eras and getting a head start on next decade’s 5G era, which promises to embed wireless connections in cars, factories, homes and cities.

SMALLER BITES
Broadcom now has ample firepower for smaller deals, with about $11 billion in cash and the potential to generate nearly $9 billion in annual free cash flow, analysts estimate.

CFIUS, which raised concerns about the Qualcomm deal with Trump, listed the highly leveraged nature of Broadcom`s bid for its larger rival as a major concern coupled with the risk of the U.S. losing mobile technology leadership.

Broadcom had planned since last year to relocate its legal headquarters to the United States, avoiding the need for a CFIUS review.

"If Broadcom completes its redomiciling in the U.S. in a way that extinguishes any non-U.S. ownership or control, then I think they can open the door to many, if not all, acquisitions ... they would effectively no longer be subject to a CFIUS-initiated review or investigation," said Guillermo Christensen, a lawyer who works on CFIUS issues at Brown Rudnick in Washington.

"But that really hinges on completely severing the foreign ownership connection," he said.

Biz2Credit plans to hire over 150 employees by this year-end