Britain`s Prince Harry, who has come under fire for using private jets, announced a new initiative on Tuesday intended to make the travel industry more sustainable. 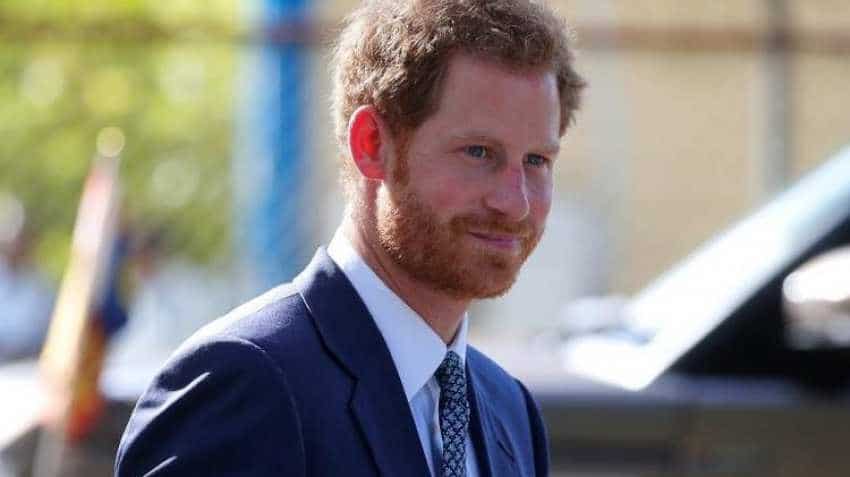 Britain`s Prince Harry, who has come under fire for for using private jets, announced a new initiative on Tuesday intended to make the travel industry more sustainable. The "Travalyst" scheme is backed by major tourism industry companies including Booking.com, TripAdvisor, Ctrip and Visa. It plans initiatives that will help travellers to cut their carbon emissions, prevent over-tourism and develop local economies.

"I’ve learned that we cannot dismiss the idea of trying to do something, just because we can’t do everything. We can all do better," said Harry, Queen Elizabeth`s grandson. "And while no one is perfect, we are all responsible for our own individual impact. The question is what we do to balance it out."
Harry and the founding members of the organisation did not give specific examples of programmes they would introduce or actions they would undertake.

Travalyst said there were 1.4 billion international trips in 2018 and travel and tourism generated $8.8 trillion annually for the global economy. It said consumers were increasingly keen to ensure their travel was more sustainable and had less impact on the environment. A survey of travellers for Booking.com found 71% thought travel companies should offer more sustainable travel choices and 68% said it was important the money they spent went back into local communities.

"We will use our influence to explore and promote initiatives worldwide that have the ability to preserve destinations, ensure that local communities thrive, and protect wildlife and environments through responsible practices," the founding members of Travalyst said in a statement. Harry has faced media accusations of hypocrisy for taking private planes to attend recent engagements while at the same time voicing concerns about the environment.

The criticism prompted singer Elton John, whom Harry visited with his wife Meghan at his home in the south of France for a vacation last month, to launch a defence of the couple against the "distorted and malicious account in the press".