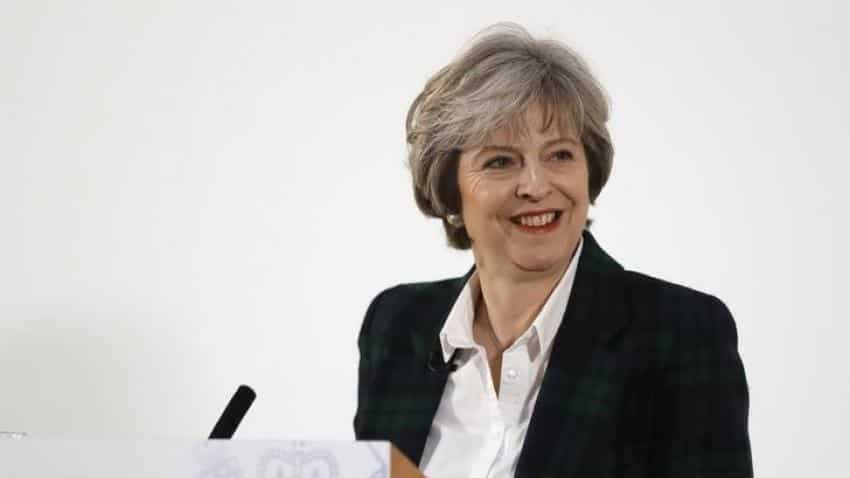 Britain will leave the EU`s single market when it exits the European Union (EU), Prime Minister Theresa May said on Tuesday, putting an end to speculation that London might try to seek a "soft Brexit".

In a long-awaited speech in which she sought to define the country`s future as a global player that aims to trade freely far beyond Europe, May said the final exit deal would be put to parliament for a vote.

That promise helped revive the pound on currency markets. Sterling, which has traded at the lowest levels against the US dollar for more than three decades, rose during May`s speech hitting a day high.

May said she would seek an equal partnership with the EU but that she would not adopt models already used by other countries that have free trade agreements with the bloc.

Her statement that Britain would leave the single market was by far the clearest indication she has ever given of her plans for the future, after months of criticism that she was not being sufficiently transparent.

"I want to be clear: What I am proposing cannot mean membership of the single market," May told an audience of foreign diplomats and Britain`s own Brexit negotiating team at a mansion house in London.

"Instead we seek the greatest possible access to it though a new comprehensive, bold and ambitious free trade agreement. That agreement may take in elements of current single market arrangements in certain areas," May said.

ALSO READ: EU agrees on approach to Brexit talks, PM Theresa May left out in cold

Her announcement that she will put the final Brexit deal to a vote in both houses of parliament comes ahead of a court decision on whether she has the power to start the process of withdrawing without parliamentary approval.

She has said she plans to launch the two-year exit negotiation process by the end of March.

Britons` vote to leave the bloc has opened a huge number of questions about immigration, the future rights of the many EU citizens already living in the United Kingdom (UK), whether exporters will keep tariff-free access to the single European market and British-based banks will be able to serve continental clients.

The Brexit talks, expected to be one of the most complicated negotiations in post-World War Two European history, could decide the fate of her premiership, the United Kingdom (UK) and the future shape of the European Union (EU) that Britain leaves behind.

May`s speech comes as Northern Ireland, the part of the UK most exposed to Brexit due to its land border with the Irish Republic, faces a lengthy period of political paralysis after the collapse of its power-sharing government.

US President-elect Donald Trump has said that Brexit will turn out to be a great thing and the other countries would follow Britain out of the European Union. He promised to strike a swift bilateral trade deal with the United Kingdom.