A group of Brazilian anthropologists and environmentalists has put foward Chief Raoni Metuktire of the Kayapó tribe as a candidate for the 2020 Nobel Peace Prize for a lifetime of work protecting the Amazon rainforest. 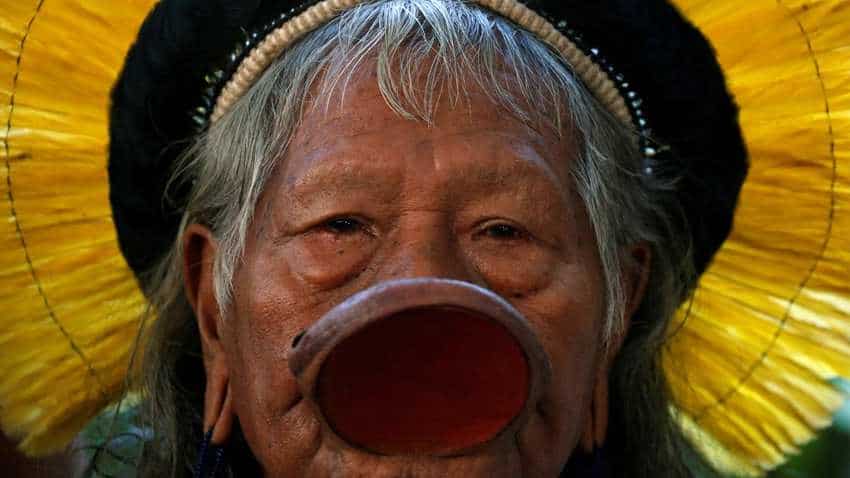 Raoni became known internationally as an environmental campaigner in the 1980s with musician Sting at his side. Source - Reuters.

A group of Brazilian anthropologists and environmentalists has put foward Chief Raoni Metuktire of the Kayapó tribe as a candidate for the 2020 Nobel Peace Prize for a lifetime of work protecting the Amazon rainforest. Raoni, an unmistakable Amazon icon with his large lip plate, yellow macaw-feather headdress and ear rings, became known internationally as an environmental campaigner in the 1980s with musician Sting at his side. At 89, Raoni took to the road again this year seeking help to stop a surge in fires destroying the forest, which he has blamed on the plans of right-wing President Jair Bolsonaro to develop the Amazon economically and assimilate its indigenous people.

The Darcy Ribeiro Foundation, named after one of Brazil`s first anthropologists, announced this week that it had formally proposed Raoni`s name to the Norwegian Nobel Committee, which decides who wins the annual award. The foundation has also written to French President Emmanuel Macron to call for his endorsement of the nomination. Raoni met twice this year with Macron, who led criticism of Brazil’s environmental practices at the recent Group of Seven wealthy nations summit in Biarritz.

A spokesman for the foundation, Toni Lotar, said on Saturday that the nomination had been initially accepted by the committee, but the foundation has yet to complete the full nomination process. "Chief Raoni is a living symbol of the fight to protect nature and the rights of indigenous people in the Amazon," Lotar told Reuters.

"He is respected worldwide for a life dedicated to the survival of our planet that is so threatened by climate change," Lotar said. The Brazilian government has denied encouraging recent fires allegedly set by farmers seeking to extend the agricultural frontier in the Amazon and blame the surge on the dry season. Bolsonaro sent the army to help put out the blazes that set off a global outcry due to concern over deforestation ravaging the rainforest, considered a bulwark against climate change.

Norway, until recently the main donor to a fund to curb Amazonian deforestation, called in August on Norwegian companies active in Brazil to ensure they do not contribute to the destruction of the Amazon.