In a sign of how difficult parliament could make life for Johnson if he became prime minister, a cross-party group of lawmakers on Wednesday launched a bid to block a future "no deal". 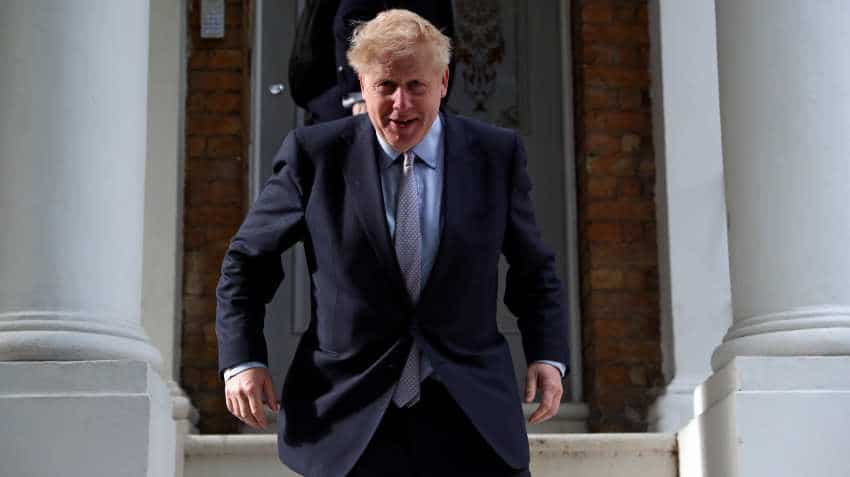 The European Commission warned on Wednesday that Britain will still have to pay up even in a "no deal" scenario. Image source: Reuters

Boris Johnson said Wednesday he would only take Britain out of the EU without a deal as a "last resort", officially launching his campaign to be prime minister with a promise to unify a country still deeply divided over Brexit. The former foreign minister is the favourite among 10 candidates vying to succeed Theresa May, who is stepping down after twice delaying Britain's departure from the European Union.

At a launch event packed with senior members of the ruling Conservative party, he insisted Brexit must happen on October 31, the latest deadline agreed with Brussels, but failed to provide detail on how this could happen. He said Britain must prepare to leave with no new arrangements but softened his previous rhetoric, suggesting that this was "a last resort, not something that anybody desires".

He also avoided a question about his drug use when a student and dismissed criticism about past comments that have provoked offence among women, ethnic minorities and gay people, saying voters wanted plain-speaking politicians.

In a sign of how difficult parliament could make life for Johnson if he became prime minister, a cross-party group of lawmakers on Wednesday launched a bid to block a future "no deal".

The EU meanwhile has reiterated it will not renegotiate the divorce terms, but Johnson said a new government with "a new optimism" could help find a way through. He did not repeat his previous threat to withhold the multi-billion-euro payment May agreed to cover Britain's EU liabilities.

The European Commission warned on Wednesday that Britain will still have to pay up even in a "no deal" scenario. Johnson was a leading figure in the 2016 referendum vote to leave the EU and one of Britain's most recognisable politicians, known nationwide just as Boris.

But he is also one of its most divisive, drawing criticism for his populist rhetoric and lack of attention to detail.

In his speech, he drew on his eight-year experience as eight years as mayor of London to prove he could deliver while emphasising he would have a team around him to help govern.

Questioned about his comment that Muslim women in full face veils looked like "letter boxes", he said voters were alienated by politicians using "bureaucratic platitudes". "I'm sorry of the offence that I have caused but I will continue to speak as directly as I can," he said.

However, he refused to answer a question about whether he had taken cocaine, an issue that has dogged key leadership rival Environment Secretary Michael Gove.

Conservative lawmakers will begin voting on Thursday on the leadership candidates, who also include Foreign Secretary Jeremy Hunt.

They will whittle down the field to two, and that pair will then be put to a ballot of around 160,000 Conservative party members.

May's successor will struggle with the same problems she had -- a wafer-thin parliamentary majority and internal divisions over Brexit.

If they cannot break the political deadlock, a general election may be inevitable -- and Johnson is painting himself as the only leader who can win for his party.

Speaking of Brexit, he warned: "Delay means defeat. Delay means Corbyn. Kick the can and we kick the bucket." "It's time to end this debilitating uncertainty, to end the doubts and division with clarity and decision," he said.

"That is why I believe I'm the right person to take this country forward." In a repeat of moves earlier this year, however, Labour will on Wednesday try to take control of the Commons timetable on June 25.

This move, backed by some Conservatives, will allow them to introduce a law that might stop "no deal". "The Tory debate on Brexit has descended into the disturbing, ludicrous and reckless," said Labour Brexit spokesman Keir Starmer.

"We can't be bystanders while the next prime minister forces through a no-deal without the consent of the British people."