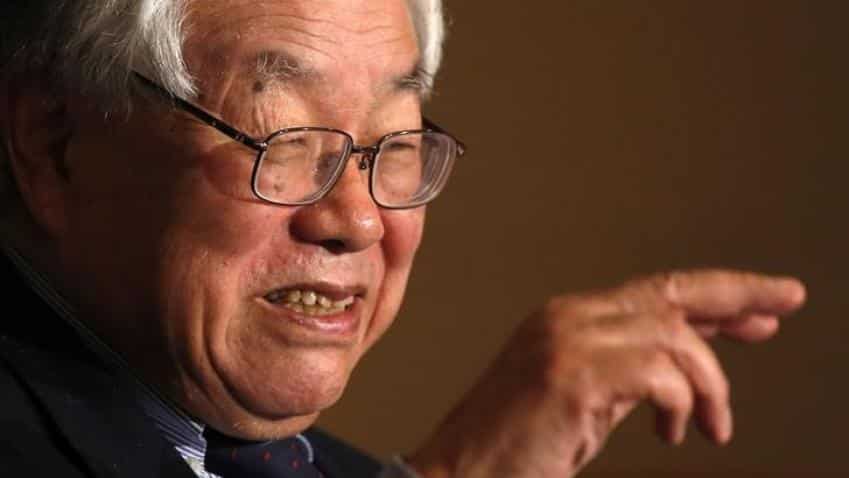 The next Bank of Japan governor should maintain the central bank`s ultra-accommodative stimulus, a key part of the "Abenomics" policy mix, an economic adviser to Prime Minister Shinzo Abe said.

Koichi Hamada, an emeritus professor of economics at Yale University, praised Governor Haruhiko Kuroda, who is widely expected to be asked to stay on after his five-year term ends in April, but said there were other well-qualified individuals who could take up the reins.

Hamada said it was critical, however, that the next governor has "boldness and experience" and continue to carry out "Abenomics," the combination of massive monetary stimulus and fiscal spending that has helped weakened the yen and contributed to sustained growth.

"Abenomics is managed excellently by the BOJ policy. If you are winning in a sport, you don`t change the strategy," Hamada told Reuters in an interview on Monday. "The standard strategy is to continue with Governor Kuroda, or any person who pursues `Abenomics` like him."

"There are many excellent people working at the BOJ and their morale will be reduced if someone outside of the central bank becomes governor so often, though I don`t know if a BOJ official will become next governor this time," he said.

Kuroda is a former Ministry of Finance senior official.

The yen`s recent appreciation complicates the BOJ`s next steps as the central bank needs to eventually phase out its ultra-easy monetary policy and raise interest rates without prompting the yen to surge, Hamada said.

"If the yen firms further, the BOJ will need to respond with the greatest care utilizing the yield curve control in order not to affect the labor and output market," he said.

In recent months, the BOJ has slowed the pace of its government debt purchases while maintaining a pledge to keep short-term interest rates at minus 0.1 percent and 10-year bond yields around zero percent -- key parts of its yield-curve control policy.

The currency market has been jittery recently amid conflicting signals from to U.S. officials on the dollar, which has slid against the yen.

The dollar took a hit last week after Treasury Secretary Steven Mnuchin gave a tacit endorsement of a weak dollar -- remarks that President Donald Trump tried to row back but with little effect.

The dollar stood around 108.90 yen on Tuesday after touching 108.28 yen last week, its weakest since mid-September.

If the United States adopts a weak dollar policy, that will create problems for the Japanese economy should the next governor be in a hurry to exit the central bank`s easing policy, he said.