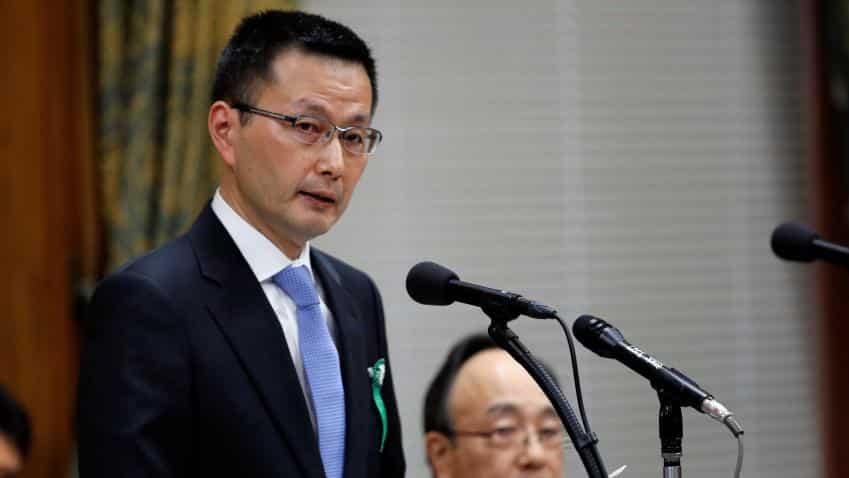 The Bank of Japan can come up with new policy steps if it were to expand its ultra-loose monetary stimulus, said Masazumi Wakatabe, a nominee for deputy governor. Image source: Reuters
RELATED NEWS

The Bank of Japan can come up with new policy steps if it were to expand its ultra-loose monetary stimulus, said Masazumi Wakatabe, a nominee for deputy governor, in a sign the central bank will have a formidable opponent of whittling down its massive bond-buying programme. But Wakatabe said the BOJ did not need to persist with hitting its price goal at a set timeframe, and he had no preset idea on whether the economy needed more monetary support now, tempering expectations he might propose radical stimulus steps. "The BOJ shouldn`t be bound by a set timeframe. Its policy should be data-dependent, not date-driven," Wakatabe told an upper house confirmation hearing on Wednesday.

"There are various things the BOJ can do under its yield curve control policy. It can strengthen its existing tool kit, or could come up with a new policy," said Wakatabe, a vocal advocate of aggressive easing. Wakatabe said he would not persist in ramping up the BOJ`s bond buying - a proposal he had made as an academic - if he were to join the central bank, arguing it had various other means if it were to ease further.

The BOJ`s existing framework already allows it to buy various assets and adjust its yield targets, Wakatabe said. "But that`s not it. There are other things it can do," he added.

Wakatabe declined to say whether the BOJ could deepen negative rates, a move many analysts have warned could backfire by destabilising Japan`s banking system.

Wakatabe and career central banker Masayoshi Amamiya were summoned to the upper house on Wednesday for confirmation hearings, having been nominated by the government to become deputy BOJ governors when the posts become vacant on March 20.

Amamiya said the BOJ had the necessary tools to engineer a smooth exit from ultra-loose monetary policy. But he said it was still too early to debate a specific exit strategy as inflation remained distant from the BOJ`s 2 percent target.

The government also reappointed Governor Haruhiko Kuroda to serve another five-year term when the current one ends in April. The nominations are set to be approved as premier Shinzo Abe`s ruling bloc has a comfortable majority in both houses.

Under a policy dubbed yield curve control (YCC), the BOJ pledges to guide short-term interest rates at minus 0.1 percent and the 10-year government bond yield around zero percent via purchases of government bonds and risky assets.

While inflation remains distant from its price goal, the BOJ has come under calls from some lawmakers to start debating an exit strategy from ultra-loose policy given the rising cost of prolonged easing such as the strain on bank margins.