The aircraft manufacturer continued the production of the new 737 jets, despite the model being grounded for nine months after two deadly crashes. 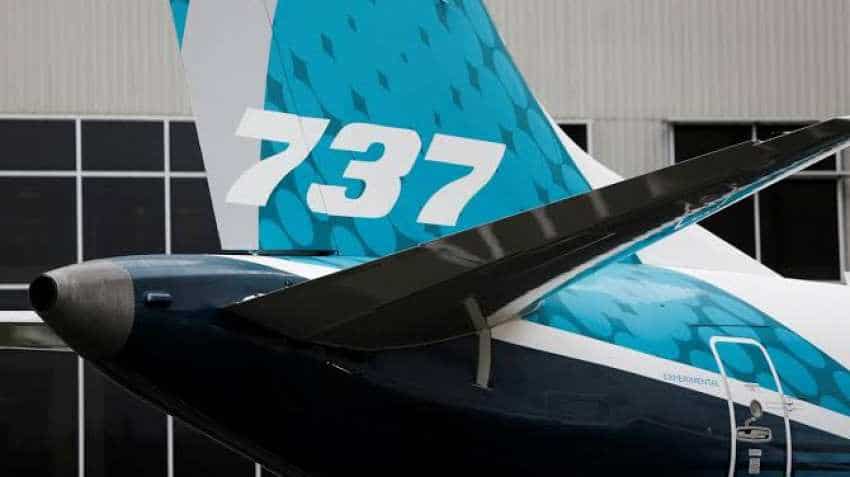 US airplane giant Boeing Company has announced that it would temporarily halt production of the 737 MAX jets beginning in January 2020 after American regulators ruled out flight clearance for the globally grounded aircraft. Boeing said in a statement on Monday that the decision was driven by a number of factors, including the extension of the US regulators` certification process into 2020, as well as the uncertainty about the timing and conditions of the plane model`s return to service, reports Xinhua news agency.

The aircraft manufacturer continued the production of the new 737 jets, despite the model being grounded for nine months after two deadly crashes. "There are now approximately 400 airplanes in storage," Boeing said, adding that the company will give priority to delivering the stored aircraft following an ongoing evaluation of all circumstances.

It did not announce any employee layoffs as a result of the suspension decision, saying the workforce related to the 737 MAX production at its final assembly facility in Renton city, Washington state, will be temporarily assigned to other teams in Puget Sound. Last week, the US Federal Aviation Administration (FAA) said that it would not approve resumption of the 737 MAX airplanes until 2020.

FAA chief Steve Dickson disclosed that there was no clear timeline for when the 737 Max will be re-certified and that there are 10 to 11 milestones left to complete before it can be approved. Dickson`s comments squashed Boeing`s hope of getting the planes cleared for resumed service before the end of this year. More than 800 jets have been grounded worldwide since mid-March 2019 after investigators found flawed flight control software on the 737 MAX partially responsible for the crashes of two MAX jets in Indonesia and Ethiopia.

The two separate fatal incidents killed a total of 346 people aboard the ill-fated jets in October 2018 and March 2019.