The Brazilian government, which holds veto power over strategic moves at Embraer, would support a partnership in commercial aviation with Boeing but would block any takeover attempt. 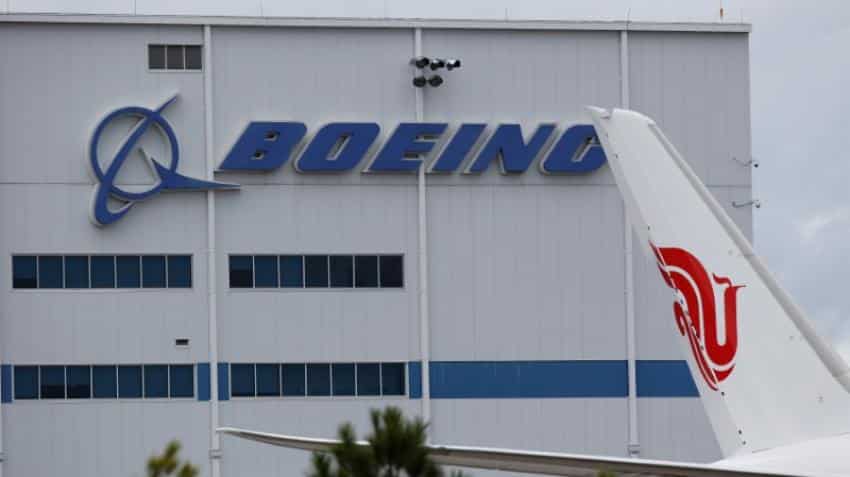 Planemakers Boeing Co and Embraer SA are discussing a "potential combination," they said on Thursday, in a move that could consolidate a global passenger jet duopoly provided Brazil`s government gives its blessing.

Embraer`s shares soared more than 20 percent in New York and Sao Paulo to close with a market capitalisation of $4.5 billion after the statement, which did not give details of how a tie-up might be structured. Boeing shares slipped nearly 1 percent.

The Brazilian government, which holds veto power over strategic moves at Embraer, would support a partnership in commercial aviation with Boeing but would block any takeover attempt, a senior government official told Reuters.

The news comes just two months after Boeing rival Airbus SE agreed to buy a majority stake in Bombardier Inc`s CSeries jetliner program, a direct rival of Embraer`s biggest E-Jets. Reuters reported at the time that the CSeries deal could push Boeing and Embraer closer together.

For decades, Canada`s Bombardier and Embraer have faced off in the 70- to 100-seat regional jet segment just below the radar of Airbus and Boeing`s larger commercial jet line-ups, but the CSeries alliance may have tipped that delicate balance.

Boeing has approached Embraer about a deal twice before, more than a decade ago, but was rebuffed due to the government`s veto, according to a person with knowledge of the matter.

In September, Brazil`s Finance Ministry asked an audit court to study how the government could exit the golden shares it holds in former state monopolies.

Temer`s policies contrast with those of the Workers Party that governed from 2003 until 2016, placing an emphasis on state-led development and `national champions` in strategic industries.
Still, foreign control of the planemaker at the apex of Brazilian industry appears to be a stretch even for Temer.

"Embraer will never be sold in my government," he told military aides in a meeting on Thursday, according to a report by Brazilian newspaper Folha de S.Paulo.

Folha, which did not say how it obtained the information, said the meeting was called after a report in The Wall Street Journal that Boeing was in talks to take over Embraer.

A spokeswoman at the Defence Ministry, which works closely with Embraer on military programs, said it was premature for the government to say anything that could upset the talks.

"They still have to consult the government. We are following closely but there is nothing concrete yet and anything we say now could be imprudent and harm the talks," said spokeswoman Adriana Fortes. "Not even the companies have agreed on anything concrete."

Their partnership intensified recently to include Boeing`s commitment to joint sales and support of Embraer`s KC-390 military airlifter.

"Although Boeing would look like a good fit with Embraer`s Regional Jet business, this is not the case for the company`s Executive Jet and Defence divisions," said Rob Stallard, aerospace analyst at Vertical Research Partners in a note.