Boeing’s vision for 737 Max, was after when in December 2018, Airbus introduced A320neo family which was featured with improvement in fuel burn and operating efficiency with new engines namely the CFM International LEAP and Pratt & Whitney PW1000G. 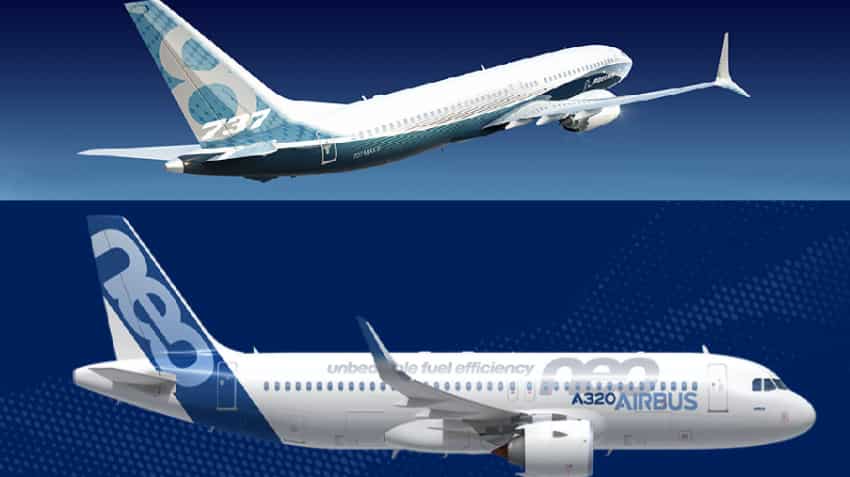 The rivalry between Boeing and Airbus aircraft has been going on for decades and still continues. Both of them plan to produce more advanced and flexible fleet than the other. At first, to take on Boeing’s leadership in the aviation sector, the European-based Airbus gave the world its largest flight A380 which is a double Decker jet. Airbus then introduced various other members in their family, with A220, A300, A310, A340 and the currently the A320neo family. Airbus’ intention has been to make sure its aircraft system, fuel efficiency and passenger space are better than Boeing’s previous 737 versions. Similar approach reflected on Boeing's decisions.

The Boeing 737 Max family was a success story with heavy orders coming in from airlines across globe. It also became Boeing’s best selling model. It is no mystery that Boeing unveiled 737 Max family to take on A320neo which was already rocking the market. But now, what was meant to be a game-changer 737 Max for Boeing, is finding it difficult to keep its nose up in the air.

A sad shock checks for Boeing: Currently, investigations are at full-speed in regards to Boeing 737 Max 8 two fatal crashes. First, it was Lion Air Flight 610 which crashed just few minutes after takeoff from Jakarta, Indonesia in October 2018 end. Till then, matters were still in hand of Boeing, but things changed when, in less than 5 months time another Ethiopian Airline carrying 737 Max 8 jet crashed similarly within few minutes of departure from Addis Ababa on March 10, 2019. Result - no one survived!

Now, it is being investigated whether Boeing 737 Max 8’s automated system design caused the problem in crash. This system is developed by Boeing to avoid a plane from stalling. Till the time, the cause of failure is identified, major countries across globe have banned Boeing 737 Max family.

Boeing was in search of a new aircraft, after December 2010 when Airbus introduced A320neo family which featured improved fuel burn and operating efficiency with new engines namely the CFM International LEAP and Pratt & Whitney PW1000G. By next year in February 2011, Boeing announced its plan for new plane. In this midst, while Boeing was deciding much better fleet than Airbus’ latest version, the A320neo already grasped attention with 1,029 orders by end of June 2011.

Within a span of two months, in August 2011, Boeing launched re-engined 737 with CFM International LEAP-1B engines which was expected to fuel burn of 16% lower than that of Airbus A320ceo and 4% below than A320neo. This re-engined 737 Max was equipped with revised tail cone, natural laminar flow nacelle, hybrid laminar flow vertical stabilizer, advanced flight deck, fleet care, and LED light inside roof. These new 737 Max were bigger and better than previous version. There are now four versions in Boeing 737 Max family namely 737 Max 7, 737 Max 8, 737 Max 9 and 737 Max 10.

Boeing 737 Max 8 whose operations are currently in question was first delivered to Malindo Air a subsidiary of Lion Air in May 2017. Major clients of this fleet are Southwest Airlines having 250 737 Max 8 aircraft alone, followed by Irish low-cost carrier Ryanair with 135 aircraft, GECAS an Irish-American commercial airline having 150 jets, FlyDubai having 131 jets and VietJet Air with 120 jets. In India, SpiceJet and Jet Airways alone have 116 and 125 of Boeing 737 Max 8.

In the midst of forbidding 737 Max, the impact is already working in favor of Airbus. As per reports, the European plane manufacturer is flourishing, and this time it has sold another 300 fleets to China-based airlines. According to Fortune, almost all the planes—290 of the 300—are in Airbus’s single-aisle A320 family. The order valued roughly about $35 billion.

This reveals that, Boeing 737 Max conundrum is not something the American-based airline would want. Here’s an example of how A320neo is gaining traction in India, with Boeing’s dilemma.

Private carrier SpiceJet and Jet Airways are suffering from grounding of 737 Max, so much so, that analysts have predicted that it will also impact their earnings. Analysts at Prabhudas Lilladher said, “SpiceJet, with ~18% of its fleet comprising of the B737 Max and another ~200 aircrafts on order stands the most affected by this suspension, followed by Jet Airways.”

Jal Irani and Vijayant Gupta analysts at Edelweiss Securities said, We believe that: 1) SpiceJet has the highest sensitivity to EBITDAR with impact of 27.7% for FY20E followed by Jet Airways at 12.8%. If the problem persists, competitors may eat into their market shares. 2) That said, the impact as such is likely to be diluted as yields are already up notably quarter to date given large-scale flight cancellations at Jet.”

Now from this, the India’s largest carrier IndiGo that uses A320neo fleet is set to gain more passenger growth, and hence earnings. The fate of Indigo was also once similar to SpiceJet and Jet Airways. Even Indigo had to ban few of its flights due to failure in A320 Neos engine last year as per DGCA guidelines. But unlike Boeing 737 Max, the impact of Indigo’s A320 engine was not much severe. In current scenario, IndiGo’s duration of flights carrying A320 NEOs engine has been restricted, and even Pratt & Whitney require frequent checks of the engine, yet the entire fleet was not grounded. Hence, Indigo managed to recover from this drawback.

In Prabhudas Lilladher’s view, although we expect Boeing to come up with a fix in the near term, any prolonged delay would affect the delivery schedule which shall affect the growth prospects. However, this situation also presents a chance for IndiGo to further consolidate its position in the domestic market with the possibility of deploying higher percentage of the new capacity (Airbus A320/321 neo).

In analysts at Edelweiss view, “In the long run, Jet shall have the highest proportion of 737 Max aircraft. Jet shall be impacted the most in the long run given that only 70 of its total fleet of 120 aircraft are currently operating after the company floundered. Indigo’s recently enhanced focus on international routes after it received 16 A320 Neo in Q3FY19, is also likely to hurt Jet Airways the most.”