Boeing`s troubled 737 MAX fleet is expected to stay grounded until late this year as a result of the latest flight-control problem flagged by US air-safety regulators. 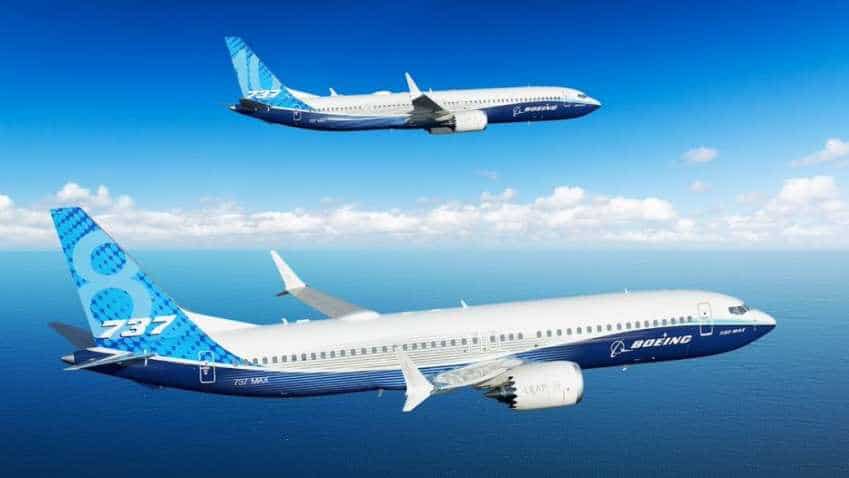 Boeing`s troubled 737 MAX fleet is expected to stay grounded until late this year as a result of the latest flight-control problem flagged by US air-safety regulators. Image source: @BoeingAirplanes twitter

Boeing`s troubled 737 MAX fleet is expected to stay grounded until late this year as a result of the latest flight-control problem flagged by US air-safety regulators. The setback, at the very least, is expected to prompt additional disruptions to airline schedules across the US and overseas as some 500 of the planes remain idled for months longer than previously projected, reports Efe news. But the fallout, according to industry and government officials tracking the issue, also likely will raise the ultimate financial costs for the Chicago plane maker and may cloud public confidence in the work by Boeing and the Federal Aviation Administration (FAA) to vouch for the MAX`s safety.

Outlines of the latest timetable, which replaces earlier ones that anticipated MAX models would resume flying in the US and many foreign countries by the fall, emerged on Thursday. It came a day after the latest flight-control issue became public. However, unlike faulty software previously linked to an automated flight-control feature called MCAS, the latest hazard involves potential problems stemming from electronic hardware, according to a Boeing official. During simulator tests of certain emergency procedures, FAA pilots uncovered a potentially dangerous situation they hadn`t encountered before, according to people briefed on the issue.

The crux of the problem, according to the Boeing official and company messages to airlines, is that if a chip inside the plane`s flight-control computer fails, it can cause uncommanded movement of a panel on the aircraft`s tail, pointing the nose downward. Tests of the emergency procedures to cope with this so-called runaway stabilizer condition, the official said, revealed that it would take average pilots longer than expected to recognize and counteract the problem. A Boeing official said the Chicago plane maker expects to submit revised software for MCAS and the new, separate problem in September.

"We believe this can be updated through a software fix," the Boeing official said. But at this point, according to some of the people briefed on the issue, FAA experts remain unconvinced that a software-only fix is feasible. If electronic components have to be replaced, some industry and government officials said it could amount to a delay of roughly four months. Out of an abundance of caution and with the aim of ensuring that new safety issues won`t crop up once the planes return to service, the FAA has been conducting simulator tests of situations considered to be extremely rare in actual flight, according to the people briefed on the tests.

The issue now in the spotlight was part of a scenario that is considered so remote it may only be possible to test in a simulator, rather than in an actual plane flown by test pilots, these people said. Boeing`s current timeline includes the company submitting a final version of all required software fixes to the FAA by September or October at the earliest, they also said. After that, industry and government officials envision it probably would take a minimum of two more months to win official FAA approval, reach consensus on the extent of extra pilot training and have airlines perform the necessary maintenance checks and procedures.

But even that timeline assumes no more surprises - and that it won`t be necessary to replace the computer chip in the MAX. Boeing already has experienced a series of schedule slips and unexpected delays that have plagued the plane`s return to service since the spring. Captain Dennis Tajer, a spokesman for the union that represents pilots at American Airlines, said the newly discovered issue raises questions about whether other problems will be found.

"The latest unidentified software problem simply reinforces the need to thoroughly vet the critical flight-safety systems on the aircraft from top to bottom before returning the Max to service," he said. But pilots also are taking a financial hit as the grounding drags on. Pared-back schedules and scuttled routes means fewer opportunities for pilots to fly and earn money. The union that represents pilots at Southwest Airlines has said it plans to seek compensation from Boeing for the $9 million a month in lost wages its members are facing along with legal costs the union has incurred complying with government investigations.

Icelandair let 24 MAX pilots go and cut off training for 21 new pilots that had been expected to start flying the MAX this summer. The airline has said it hopes to reinstate them when the MAX returns.