Bitcoin recovered from a five-month low on Tuesday in volatile session in which it fell below $30,000, extending losses sparked a day earlier when China`s central bank deepened a crackdown on cryptocurrencies 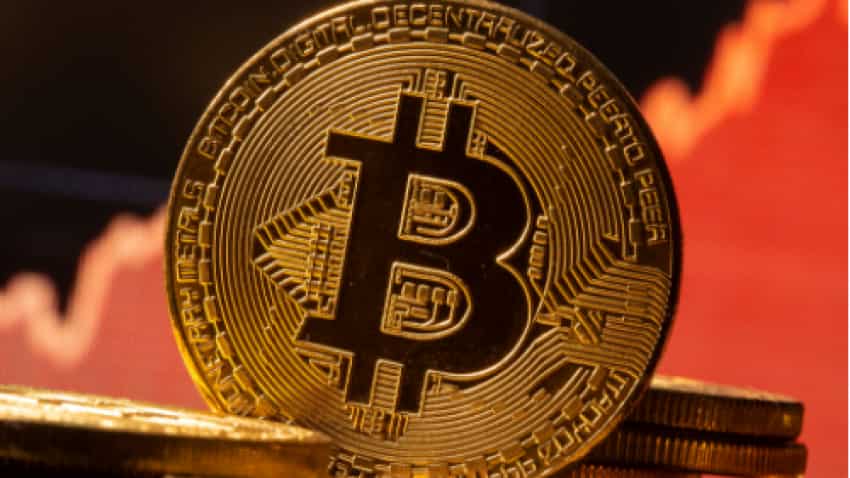 The world`s largest cryptocurrency dropped to $28,600, its lowest since early January. It was last up 3.7% at $32,802, and remains about 13% higher so far this year. Source: Reuters
Written By: Reuters
RELATED NEWS

Bitcoin recovered from a five-month low on Tuesday in volatile session in which it fell below $30,000, extending losses sparked a day earlier when China`s central bank deepened a crackdown on cryptocurrencies.

But its outlook remained tilted to the downside, analysts said.

Bitcoin`s earlier fall also pressured smaller coins such as ether. It tumbled 11% on Monday, its largest one-day drop in over a month, with losses of roughly 56% since hitting an all-time high of just under $65,000 in mid-April.

The earlier sell-off was sparked by the People`s Bank of China urging China`s largest banks and payment firms to crack down harder on cryptocurrency trading, the latest tightening of restrictions on the sector by Beijing.

"The underlying fundamentals of the crypto-asset world have not changed and this correction was more of a when, not if," said Iqbal Gandham, vice president of transactions at Ledger, a digital asset management solution.

"Any asset class which sees a meteoric rise in the same way as we have seen in crypto is expected to correct. The situation in China has perhaps exacerbated this, along with the increased rate of adoption of altcoins by new users, following tweets of various crypto personalities."

Bitcoin`s chart outlook has darkened after it broke below the neckline of a massive head-and-shoulders top formation at $30,393, bringing closer a test of key chart support that could potentially wipe roughly 40% off its current value.

After Monday`s PBOC statement, banks including Agricultural Bank of China and Ant Group`s payment platform Alipay said they would step up monitoring to root out crypto transactions.

Ether, the token used for the Ethereum blockchain and the second-largest cryptocurrency, last traded up 0.8% at $1,900. It earlier dropped to $1,700, its lowest in a month.

It broke through key structural support in a sign that longs could be capitulating as China`s crackdown rippled through the cryptocurrency universe.

Evidence of the impact of the mining curbs is emerging. The so-called hash rate of the bitcoin network - a measure of its processing power that shows how much mining is taking place, on Monday hit its lowest level since late 2020.

Authorities in major bitcoin mining hubs including Sichuan, Xinjiang, and Inner Mongolia have issued their own curbs with greater details on the restrictions.

Iran in late May also banned the energy-intensive mining of cryptocurrencies like bitcoin for nearly four months, as the country faces major power blackouts in many cities. On Tuesday, state media reported that police have seized 7,000 computer miners at an illegal crypto farm, their largest haul to date of the energy-guzzling machines. [L2N2O40ZW]

The crackdown on miners will likely hit prices in the short-term, market players said.

Mike Novogratz, founder and chief executive officer at Galaxy Digital, a crypto-focused financial services firm, and one of the largest crypto investors, told CNBC on Tuesday that China`s actions has created "a retail deleveraging."

"A lot of crypto happens in Asia, a lot of it is Chinese focused. So we’re seeing big liquidations, so it`s hard to call a bottom."

Three industry associations in China last month issued a similar ban on crypto-related financial services, though market players said it would be hard to enforce as banks and payment firms could struggle to identify crypto-related payments.

Beijing`s targets are crypto miners, but China`s State Council, or cabinet, said last month it would tighten restrictions on producers as well as traders of bitcoin.