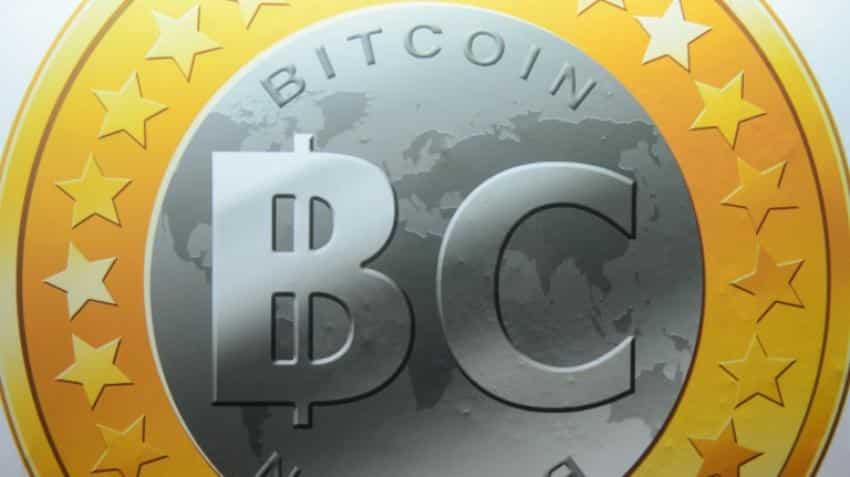 The unit broke the $1,100 barrier on the Bitcoin Price Index, an average of major exchanges, to continue a dizzying rise that made it the best performing currency of 2016.

It has fluctuated wildly since it was created in 2009 and lost three quarters of its value when it plummeted from its previous BPI high of $1,165.89 in 2013.

And news of a major bitcoin theft by hackers in August sent its price plunging by more than 20 percent.

But analysts say its volatility will ease as volumes grow and point to a strengthening US dollar and tightening currency and capital controls, as well as the rise of the digital economy, as major factors behind its appreciation. 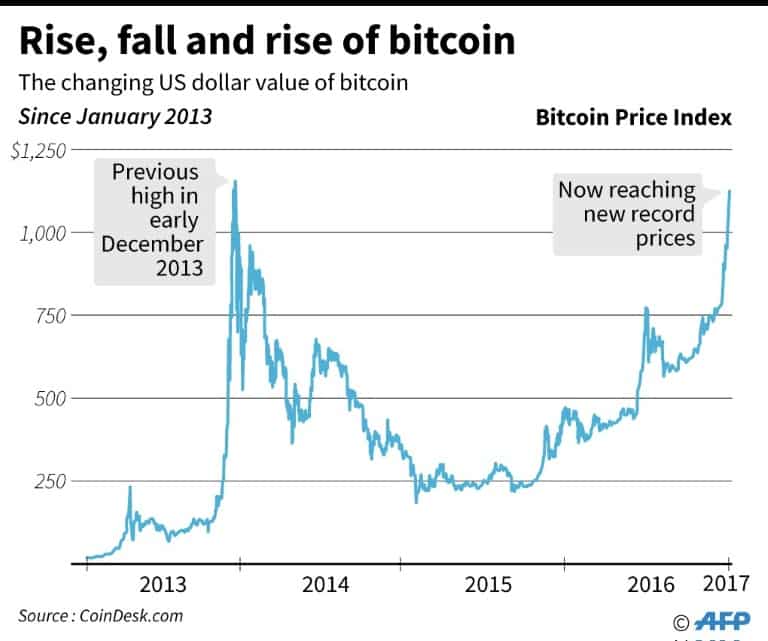 In particular, the chaotic withdrawal of high value bills in India and restrictions on buying foreign currency in China as the yuan slides against the dollar have stoked demand, analysts say.

Exacerbating the rocketing demand is a tightening supply of fresh bitcoins.

The currency was always meant to be finite, and more than three quarters of the planned 21 million bitcoins have already been `mined`.

Encrypted digital coins are created by supercomputers and then traded online or exchanged for goods and services.

Vinny Lingham, a bitcoin expert and CEO of US digital identity protection startup Civic, told AFP the dwindling supply of new bitcoins, and regular currencies sliding against the US dollar as the Federal Reserve ratchets up interest rates, were pushing up the unit`s value.

"There are fewer bitcoins coming out and people are seeing bitcoin as a good hedge against currency devaluation in their countries, and instead of buying the US dollar, people are buying bitcoins," he said.

Lingham highlighted the impact of wider geopolitical uncertainty, such as US President-elect Donald Trump`s potential threat to emerging markets. He has predicted bitcoin will be worth about $3,000 by the end of 2017.

"Bitcoin is reacting as a safe haven," he said.

"Millennials do not believe in gold as their parents did. Bitcoin is becoming the go-to asset if you live in a foreign market and are concerned about your government."

The price of bitcoins in many emerging market currencies has risen even more steeply than in dollars, Lingham said.

In China, the yuan is at its lowest level in eight years against the dollar and Beijing`s tightening controls on individuals` foreign currency purchases to curb massive capital flight is cited as driving bitcoin demand.

Indian Prime Minister Narendra Modi`s shock decision to withdraw high-denomination 500 ($7.50) and 1,000 rupee notes from circulation is also thought to have boosted the currency.

"There are a lot of demonetising examples. In India they (are) cancelling some rupee notes, in Argentina they cancelled some notes as well ... it makes bitcoin more attractive, it is a real new asset class"."

Lee said there would be more regulation of digital assets worldwide in future.

"There is already a limit on foreign exchange conversion... but so far, capital outflows restrictions don`t hit the bitcoin," he said

Dickie Wong, Hong Kong-based research director for Kingston Securities, added it was likely Chinese investors were moving money into bitcoin as the yuan sinks to circumvent the $50,000 annual limit on foreign currency purchases.

"The devaluation of the RMB (yuan) is the main problem," he said.

Bitcoin now has a total market capitalisation of more than $18 billion -- far more than rival so-called "crypto-currencies", although a fraction of the value of other globally traded currencies.

Ajay Sunder, vice president of digital transformation for Asia Pacific at consultants Frost & Sullivan in Singapore, said wider trends such as the rise in digital payments would strengthen the currency.

"But bitcoins are still very marginal. It`s still to be seen if it will go mainstream."