The Winklevoss twins, Cameron and Tyler, see Bitcoin valued at $320,000! 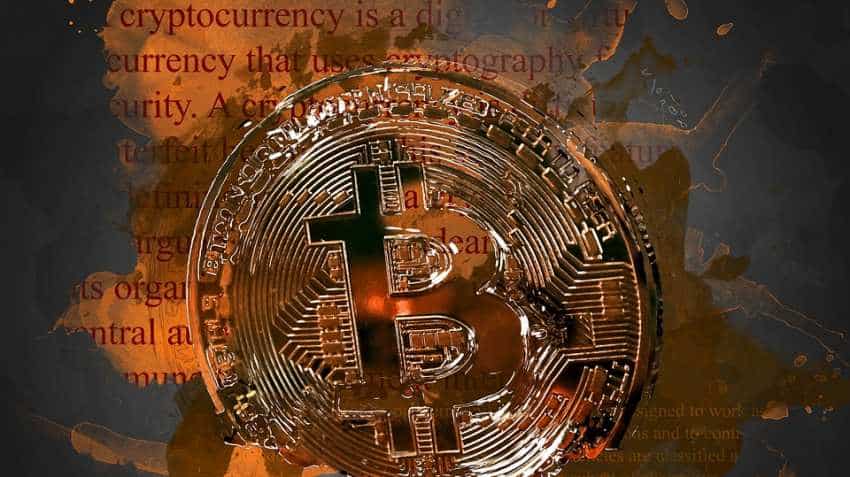 Being launched since 2009, Bitcoin has a maximum supply of only 21 million. Photo: Pixabay

Bitcoin has proven once again how unpredictable digital coins can be. It was just three days ago, when everyone was talking about Bitcoin’s glorious performance across the globe as investors parked their money in this cryptocurrency to such a level that it shot up by nearly 16% in market price in a span of just 24 hours. First few thoughts in investors minds were that Bitcoin has done it again; what else is in store in the future and why has this coin soared now after having hit a wall since the beginning of 2018. Fortunately for the coin, the faith of experts in it remains unshaken, and in fact, some have even predicted an over a million worth mark for it in future. So, as a safe haven, can Bitcoin do the impossible?

Few reasons for touching above $8300-mark this week were attributed to extensive sell-off in US and Asian stocks due to trade war between US and China and investors rushed to put money in this crypto. Faith among investors was definitely stirred. As per experts, large investors were heavy buyers of Bitcoin in this scenario, making it a safe haven due to political and economic uncertainty.

Investors are concerned over global markets as trade decisions between United States and China gets intense with both countries not ready to blink. US President Donald Trump last week, increased tariffs as much as 25% on some $200 billion worth of Chinese imports. Not only that,  Trump has also hinted at other hikes in tariffs on Chinese items ahead. This has escalated sparks between China and US.

Talking about the trade wars impact globally, HDFC Bank highlighted that, it could result in reduction by 0.5 percentage points to 0.8 percentage points. Currently, IMF has projected 3.3% in 2019. Further, the private lender mentioned that, growth impact would be greater in China than the US due to direct trade effects.

“In Asia, global growth slowdown and trade compression could lead to a slowdown. Also, slow Chinese growth could hurt economies like Singapore that have greater trade linkages with China. Some countries like Vietnam and India could gain due to a shift in supply chains from China to these countries,” said HDFC Bank.

In such case, many have pointed towards Bitcoin being the ultimate option of investment. Anthony Pompliano, Co-Founder & Partner at Morgan Creek believes Bitcoin is the safe haven in US - China trade. Pompliano also compared Bitcoin and Amazon’s performance on exchanges. According to him, Amazon went public 22 years ago. A $1k investment would be worth $1.2M today. While Bitcoin is only 10 years old. A $1k investment would be worth $2.6 BILLION today.

"The new financial system is creating generational wealth for many people," said Pompliano.

What is Safe Haven?

It is a form of investment which is foreseen to retain or increase a value of a stock, commodity, bonds, etc. in the midsts of market turbulence. It is are generally preferred for hedging risks. Investors opt for safe haven for limiting their exposure towards losses in the even of volatility arising due to economic uncertainty.

Usually, when markets rise or drop they are not permanent. Every second, the performance of exchanges across the globe change, which is due to buying and selling in various stocks carried by investors like retail, large caps, institutions, foreign, trusts and others.

Where is Bitcoin headed?

Pompliano has made a shocking prediction. He believes Bitcoin stands a chance of crossing the $100,000 price boundary. Cited by ZyCrypto.com, according to Pompliano, Bitcoin has a huge potential of hitting between $110,000 and $275,000 in the next 5 years.

Not many are aware but even though stock investments are different compared to other ones, their pricing is almost similar like any pricing done of goods and services such as tomatoes or onion. A general knowledge would be that, stock prices are determined by supply and demand. When there is an uptick in demand where supply is unchanged, it could lead to higher equilibrium price and quantity. This means, even though supply is limited, the prices are still soaring because of continuous rise in demand.

Being launched since 2009, Bitcoin has a maximum supply of only 21 million. Data compiled by ZyCrypto reveals that, in 10 years now, about 17.6 million of Bitcoin has been mined. On an average, 1760000 Bitcoins have been mined every year. At this rate, it will take just two years for the rest to be exhausted when all other factors are made equal. Hence, when demands exceed supply it results in a shocking price increase. Thereby a $100,000 Bitcoin can be possibility.

Pompliano is not alone in this prediction, even John McAfee founder of McAfee Associates last month claimed boldly that a single unit of Bitcoin will be worth $1 million by end of 2020.

Latest Bitcoin optimist would be Mark Mobius who is an emerging market funds manager and founder of Mobius Capital Partners. Mobius told a Bloomberg News wire podcast, “There’s definitely a desire among people around the world to be able to transfer money easily and confidentially.” Adding the 82-year old said, “I believe bitcoin and other currencies of that type are going to be alive and well.” This is a drastic change in Bitcoin’s future stance, as Mobius once branded the cryptocurrency as a real fraud.

Bitcoin at $1 million is also foreseen by Vinny Lingham, Co-Founder of Civic, while Trace Mayer a proponent of Bitcoin sees the coin at $115,000 in future. On the other hand, Tim Draper, Founder of Draper Associates predicts Bitcoin to be worth $250,000 by 2022. The Winklevoss twins, Cameron and Tyler, see each Bitcoin valued at $320,000 over the next 10-20 years, as per Blockonomi.

This proof that things are changing is seen in trading platform adapting themselves. Blockchain is believed to be a promising platform for trading as per many economists since past few years. Even at slower pace currently, but investors across the globe are liking the structure of Bitcoin and other cryptocurrencies.

Bitcoin which once marked over $20,000-mark in December 2017, therefore has the potential of becoming worth a million because of the very nature of its service.