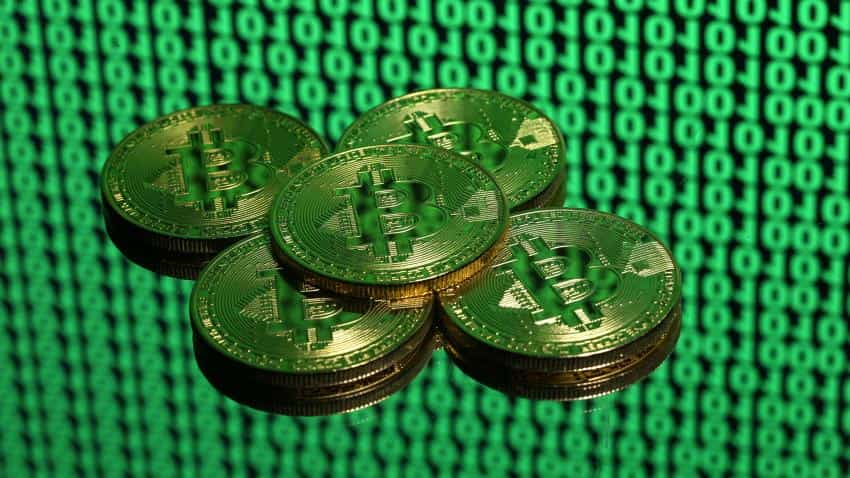 Futures in bitcoin, which has taken global financial markets by storm, swung above their launch price, while the dollar kept gains in Monday`s Asian session on expectations the Federal Reserve will stick to its tightening path.

The most-traded contract on the Chicago-based CBOE Global Markets exchange opened at $15,460 in New York on Sunday evening, before leaping to a high of $16,660. They were last quoted at $16,420, a near $1,300 premium to the price on the Luxembourg-based Bitstamp.

The cryptocurrency has skyrocketed to a record high this year, making a gravity-defying 15-fold gain since the start of the year and attracting institutional interest. The surge has also led to fears of a bubble.

"Futures trading in bitcoin...will make it easier to trade which will only suck in more buyers," Oliver said. "It`s impossible to know how high it will get and for how long, so shorting it would be very high risk."

Bitcoin prices were up 5.1 percent at $15,473 on the Bitstamp exchange, having jumped more than 30 percent last week.

Some market participants believe the fallout across other financial assets from a potential bursting of the bubble would be limited as bitcoin`s market capitalisation, around $240 billion, is much smaller than the value of gold outstanding.

Asian Stocks were slightly higher with MSCI`s broadest index of Asia-Pacific shares outside Japan up 0.2 percent, staying above a recent two-month trough of 542.27 points amid optimism about global growth after the strong U.S payrolls data on Friday.

China`s exports and imports accelerated last month after slowing in October in an encouraging sign for the world`s second-biggest economy.

Currency market investors were cautious ahead of a big week for policy meetings globally, with the Federal Reserve the only major central bank expected to raise interest rates. The Bank of England and the European Central Bank are likely to hold rates steady.

The dollar rose to near one-month top against the yen, having risen 1.2 percent last week. The dollar index, which measures the greenback against a basket of currencies, was steady near a three-week high.
RATE RISES?

Traders will keep their eyes peeled for the Fed`s future rate projections as U.S. wages growth and inflation crawl at a snail`s pace.

Data out on Friday showed average hourly earnings in the United States nudged up 5 cents or 0.2 percent in November when economists had looked for a 0.3 percent gain.

The annual increase in wages was also slower than forecast: the November figure came in at 2.5 percent versus a 2.7 percent expectation.

The weakness persisted despite stronger-than-expected non-farm payrolls which rose by 228,000 in November.

"We`ll be listening close for any signs of a dovish shift," said Aerin Williams, New York-based forex strategist for Citi about the Dec 12-13 Fed meeting.

"This is not just due to wages but more so following Fed member Evans comments that the recent data may point to a delay in the rate increase."

Chicago Fed President Charles Evans told the New York Times that the case for a December rate hike was not "obvious" as he worried about the slow pace of inflation.

Spot gold was barely changed at $1,247.31 an ounce. (Editing by Shri Navaratnam and Sam Holmes)