This new upswing in Bitcoin for the first time after a long gap has surprised market participants. 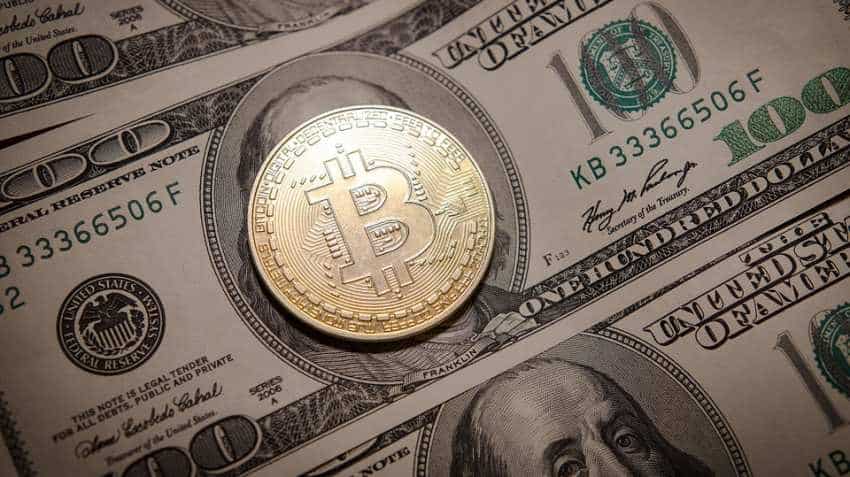 Surprise! Bitcoin has become a market sensation once again and investors across the globe are awestruck. Why? Well, even as we were battling  with our investment opinions over constant volatility in the cryptocurrency market, this dominator has done the unthinkable. In just 24 hours, Bitcoin roared over $1,100 or nearly 16% by earmarking $8,117-level. Not only that, in a week’s time Bitcoin has jumped by over 40% making many investors rich - they had given up hope of ever recovering their money. This gaining streak almost reminds of the brisk movement back in December 2017, when Bitcoin clocked its all time high of over $20,000-mark.  With this upswing in Bitcoin for the first time after a long gap in 2018 has investors interested whether a new trend is emerging ahead. A point to note would be that because Bitcoin is so unpredictable, it has the capability to do the unimaginable as well.

Last year, the long-term future for cryptocurrencies including Bitcoin was questionable as investors were clouded with doubt. In 2017, almost every cryptocurrency witnessed a meteoric price hike in 2017. Bitcoin alone jumped by over 1,375% that year, as per an AT Kearney research report. However, when 2018 arrived, Bitcoin almost immediately headed for doomsday as it dropped over 80% - losing billions in market capitalization. As per the Kearney report, the 10 largest cryptocurrencies lost more than 80% of their collective value between January to September 2018.

This decline in Bitcoin value was due to ongoing reports over security breaches, hacks, spiking fees and a speculative bubble on cards. This made many investors remove their money from Bitcoin at great speed. 2018 saw Bitcoin log its fastest crash.

With this blockbuster performance, Bitcoin has now soared over 125% in last three months, while the maximum gains came in from last one month as the cryptocurrency rose by nearly 62% alone.

There are many reasons to why investors found love again in Bitcoin. Let’s find out!

A series of fortunate events!

As matter gets intensified between United States and China, investors have found safe haven in Bitcoin. The impact is being witnessed in both Nasdaq and Dow Jones indexes. On Monday alone, the Dow Jones Industrial Average index plunged by 617.38 points or 2.4% ending at 25,324.99-levels. Sadly, the Nasdaq Composite saw an even worse bloodbath, as it finished at 7,647.02 lower by 3.4%. Stocks especially the FAANG which were top performers took beating on Monday’s trading session with Apple, Microsoft and Amazon shares closing negative between 3% to nearly 6%.

Such sell-off happened after President Donald Trump accused China of backing off from agreed provisions in a draft trade deal. US and China have been in a trade battle where the former has raised tariffs on some $200 billion worth of Chinese imports. While China continues to keep its current stoic stance, reports are hinting of further tariff hikes on Chinese imports valued up to $300 billion by US.

Investors are therefore, looking for safe havens and turning to Bitcoin too. Concerns over US and China trade deal, has made investors bitter towards stocks. People are now parking their money in safe haven which can help them reduce investment risks in market arising from political and economical uncertainties.

A lot has been happening in Bitcoin since past few days. One of the most positive factor would be Bitcoins acceptance among various stock exchanges.

According to Bloomberg report, Fidelity Investments, which began a custody service to store Bitcoin earlier this year, will buy and sell the world’s most popular digital asset for institutional customers within a few weeks.

Reportedly, Fidelity would join brokerages E*Trade Financial Corp. and Robinhood in offering cryptocurrency trading to clients, though Fidelity is only targeting institutional customers and not retail investors like E*trade and Robinhood.

Also last month it came in to limelight that Bitcoin was traded on Nasdaq.  A twitter handler called as Cryptopolis revealed that, BTC  is now being traded on the Nasdaq via TDAmeritrade account. As per the charges, the trading in BTC began from April 10, 2019.

Additionally, a potential scandal which has emerged in Bitfinex can also be one factor for uptrend in Bitcoin. A lawsuit has been filed against Bitfinex over an ongoing fraud which claims that the company is draining approximately $700 million from the reserves in order to back their cryptocurrency Tether. Tether investors are also seen parking their money in Bitcoin.

Interestingly, on Monday, Paolo Ardoino Chief Technology Officer at Bitfinex via his twitter account revealed that, the company was able to raise about $1 billion in just 10 days in a private sale. Ardoino said, “Private companies, giants in our industry and outside, made investments for > 100m each. A legion of inside and outside users made investments for > 1m each.”

Alex Kruger an Economist, trader and a prominent crypto analysts said, “Trying to explain every market move with narratives is a recurrent behavioural mistake. Sometimes markets do move in response to events. Other times simply due to more aggressive buyers or sellers. This time however the magnitude of the move makes it worthwhile analysing. $BTC.”

Trying to explain every market move with narratives is a recurrent behavioural mistake. Sometimes markets do move in response to events. Other times simply due to more aggressive buyers or sellers. This time however the magnitude of the move makes it worthwhile analysing. $BTC

Kruger highlights that, $BTC is too niche and not traded by large mainstream players to care about what stocks do anywhere outside of the largest time frames (quarterly and above). Trading BTC while looking at stocks is similar to trading corn based on the moon cycles.

$BTC is too niche and not traded by large mainstream players to care about what stocks do anywhere outside of the largest time frames (quarterly and above). Trading BTC while looking at stocks is similar to trading corn based on the moon cycles. https://t.co/XSDKxodu7x

“A handful of large players, that started buying in waves. Systematic buying. Clues to reach that conclusion can be found in volume, price action, funding, and futures basis and term structure. May expand on this later,” said Kruger.

What drove $BTC up this week?

A handful of large players, that started buying in waves. Systematic buying.

Clues to reach that conclusion can be found in volume, price action, funding, and futures basis and term structure. May expand on this later.

Sentiment in Bitcoin around the world was also fueled by upcoming futures and also spike in asset under management (AUM). On Monday, Bakkt updated on the launch of Bitcoin futures contract which is being developed in collaboration with ICE Futures U.S. and ICE Clear US. Hence, Bitcoin futures will be listed on a federally regulated futures exchange in the coming months.

Further, Barry Silbert Founder of Digital Currency Group stated that, asset under management of Grayscale Bitcoin Trust shooted to $1.7 billion on Monday. In 24 hours, the AUM jumped by 18.53%.

Hence, the above mentioned factors played the role of a fairy godmother for Bitcoin on Monday. However, now bets are on about where exactly Bitcoin is headed. Kruger believes Bitcoin can bag $10,000-position ahead.

As per AT Kearney in its note said, “By the end of 2019, Bitcoin will reclaim nearly two-thirds of the crypto market capitalization as altcoin loses it luster because of growing risk aversion among cryptocurrency investors. More broadly, financial regulators will soften their stance toward the sector.”