Harley-Davidson has announced to shift some of the production of its iconic motorcycles overseas against the imposition of steep import tariffs by the European Union Donald Trump, who has been taking up the case of tariffs on Harley-Davidson by India, said he is surprised by such a decision by the motorcycle manufacturer. 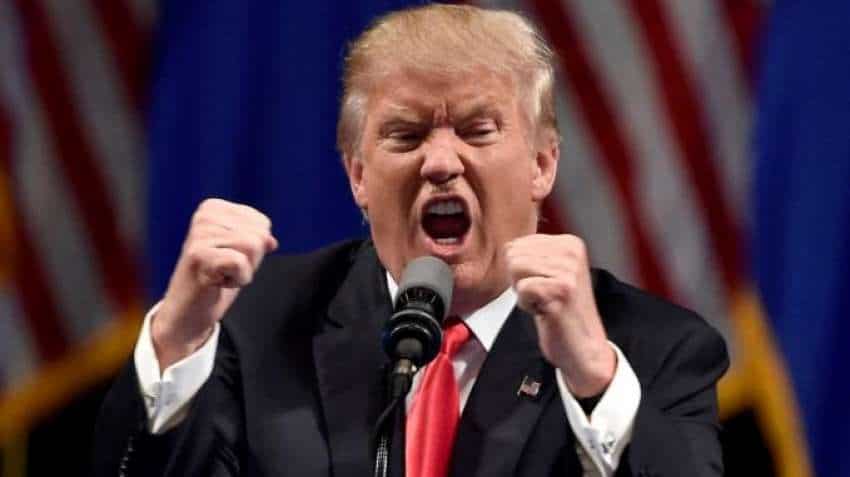 Harley-Davidson has announced to shift some of the production of its iconic motorcycles overseas against the imposition of steep import tariffs by the European Union, leaving US President Donald Trump "surprised".

Trump, who has been taking up the case of tariffs on Harley-Davidson by India, which in part is responsible for the current trade tension between the two countries, said he is surprised by such a decision by the motorcycle manufacturer.

In fact, he accused the Wisconsin-based company of raising white flag.

Outside the US, Harley-Davidson has manufacturing facilities in India, Brazil and Australia.

The company in its US Securities and Exchange Commission (SEC) filing on Monday said that new retaliatory tariffs by the European Union (an increase from six percent to 31 per cent) will result in an incremental cost of approximately USD 2,200 on an average motorcycle exported from the US to the EU.

"To address the substantial cost of this tariff burden long-term, Harley-Davidson will be implementing a plan to shift production of motorcycles for EU destinations from the US to its international facilities to avoid the tariff burden," said the company without indicating to which country it plans to move its production facilities to.

Harley-Davidson said that shifting targeted production from the US to international facilities could take at least nine to 18 months to be fully completed.

The company's decision surprised Trump who has been continually raising the issue of high import tariffs on the motorcycle manufacturer elsewhere.

"Surprised that Harley-Davidson, of all companies, would be the first to wave the White Flag," he said.

"I fought hard for them and ultimately they will not pay tariffs selling into the EU, which has hurt us badly on trade, down USD 151 billion. Taxes just a Harley excuse - be patient!" Trump tweeted.

"The president's trade and economic policies have been a huge benefit to the American economy, and this includes the creation of over 300,000 manufacturing jobs.
Unemployment is at 3.8 per cent, the lowest since 2000. And manufacturing confidence is at historic highs," White House Press Secretary Sarah Sanders told reporters at her daily news conference.

The European Union, she alleged, is attempting to punish US workers with unfair and discriminatory trade policies, and Trump will continue to push for free, fair and reciprocal trade in hopes that the EU will join is in that.

"The European Union is trying to punish US workers because they have engaged repeatedly in unfair trade practices. And the president is saying enough is enough. We'd like to work with the EU to work on a level playing field," Sanders said in response to a question.

In its SEC filing Harley-Davidson said the company maintains a strong commitment to US-based manufacturing which is valued by riders globally.

"Increasing international production to alleviate the EU tariff burden is not the company's preference, but represents the only sustainable option to make its motorcycles accessible to customers in the EU and maintain a viable business in Europe," it argued.

"Europe is a critical market for Harley-Davidson. In 2017, nearly 40,000 riders bought new Harley-Davidson motorcycles in Europe, and the revenue generated from the EU countries is second only to the US," the company said.