Big setback for Indian students in US! Mass arrests carried out in immigration crackdown

The Department of Homeland Security (DHS) said in the court documents that it set up Farmington University with undercover agents as staff in Farmington Hills, Michigan, to target foreign students who were staying in the US without proper authorisation. 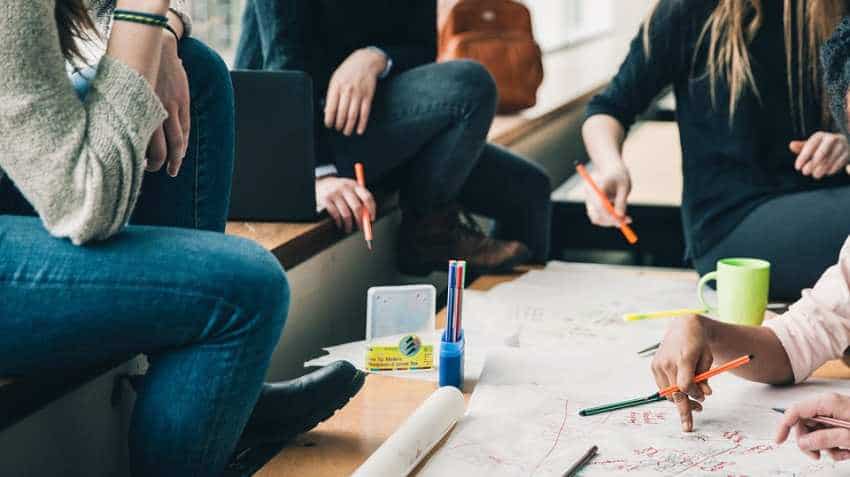 The Indian Consulate General in Chicago reported receiving the names of 29 Indians arrested in the case as of Thursday, Image source: Pixabay

Several hundred Indian students face arrest following the arrest of eight recruiters and some students over an alleged immigration fraud detected by a fake university sting operation set up by government agencies to crack down on visa scams.

The American Telugu Association (ATA) reported that 100 students were arrested in morning raids on Wednesday.

The Indian Consulate General in Chicago reported receiving the names of 29 Indians arrested in the case as of Thursday.

The charges against the eight people who allegedly ran the scheme were made public on Wednesday in a federal court in Detroit in Michigan State.

The Department of Homeland Security (DHS) said in the court documents that it set up Farmington University with undercover agents as staff in Farmington Hills, Michigan, to target foreign students who were staying in the US without proper authorisation.

ATA said on its website that it contacted several attorneys and confirmed that arrest warrants for 600 students had been issued and 100 students arrested.

Indian diplomats in Chicago contacted US government officials to get information about the case, P.K. Mishra, the Head of Chancery at the Consulate General, told IANS on Thursday.

The DHS had so far provided the consulate with the names of 29 arrested persons, he said.

Consul-General Neeta Bhushan spoke to an official of the ATA, he added.

The ATA has set up an emergency help team to aid those affected.

It is conducting a webinar with immigration lawyers on Thursday evening on the Farmington case and student visas.

The ATA urged the "students to be wary of fake agents who promise illegal ways to stay in the US through admissions in unaccredited colleges and universities".

In Vijayawada, the Andhra Pradesh Non-Resident Telugu (APNRT) Society, the official platform of the state government, said it would extend help to arrested Telugu students through its 150 coordinators in the US. APNRT Society president Ravikumar P. Vemuru, said that the students could contact the coordinators listed on the society website.

The eight student recruiters were charged with participating in a conspiracy to help at least 600 "foreign citizens to illegally remain, re-enter and work in the US and actively recruited them to enrol in a fraudulent school as part of a "pay to stay" scheme, according to the court documents.

Six of them were reported arrested in Detroit and one each in Florida and Virginia.

They collectively received $250,000 in cash and kickbacks to find students to attend the university, according to prosecutors, the Detroit News reported.

"These suspects aided hundreds of foreign nationals to remain in the United States illegally by helping to portray them as students, which they most certainly were not," Steve Francis, who heads the ICE investigations office in Detroit, was quoted as saying by the News.

It said that according to a prosecutor, the arrested students face deportation.

Under the US judicial system, their cases had been presented before a panel of jurors made up of citizens known as the grand jury that first determines if there is sufficient grounds to bring them to trial.

The grand jury had issued an indictment with the charges for a trial, which is to take place later.

Although the arrests and the charges came during a period of heightened immigration enforcement under President Donald Trump, the fake institution called Farmington University was part of an operation called "Paperchase" set up in 2015 by Democratic President Barack Obama`s administration.

The so-called university offered student visas without requiring them to attend classes, enabling them to work illegally.

This is at least the second fake university run by government agencies.

The Obama administration officials had set up University of North Jersey and ensnared over 1,000 student, most of them from India and China.

Twenty-one people who acted as student visa brokers were arrested in the crackdown in 2016.

The US law enforcement frequently uses elaborate sting operations by undercover agents to deter crimes of all types.

The ATA said that the news was brought to its attention by the affected students and their friends and that the association`s legal and local teams in various cities swung into action for guidance and help.

The association, according to Detroit Free Press, confirmed that about 100 students had been arrested and others were facing arrest warrants. It said it was trying to help the affected students and had met Indian consular officials in the US about the case.

Rahul Reddy, an immigration attorney in Houston, said in a live-stream on YouTube that students who may have been enrolled at the university were detained in Houston, Atlanta, Charlotte and St. Louis.

Farmington Univerity has a website claiming it goes back to at least the 1950s as well as a Twitter account but not a regular university facility or faculty.

KVPY Exam abolished, to be subsumed with INSPIRE; What candidates should know