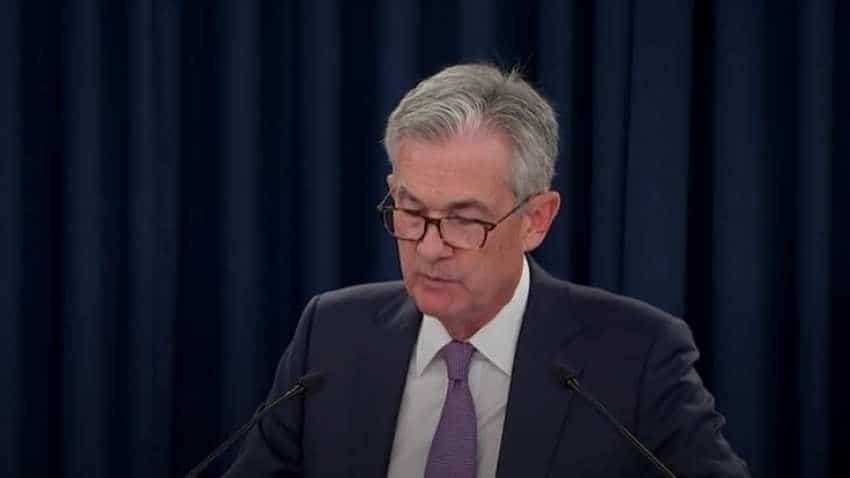 "If the economy does turn down, then a more extensive sequence of rate cuts could be appropriate," Powell said in a news conference after the Fed announced it had lowered its benchmark overnight lending rate by a quarter of a percentage point to a range of 1.75% to 2.00%. It was the second Fed rate cut this year. But, Powell said, "what we think we are facing here is a situation which can be addressed, which should be addressed, with moderate adjustments to the federal funds rate," noting that the U.S. labour market was strong and inflation was likely to return to the Fed`s 2% annual goal.

"We are going to be highly data-dependent ... We are not on a pre-set course, we are going to be making decisions meeting by meeting," Powell said, adding that the Fed would stop cutting rates "when we think we`ve done enough." Trump blasted Powell, saying the central bank chief had "No `guts,` no sense, no vision!"

"A terrible communicator," Trump tweeted before Powell had even begun his news conference. Later, Trump told reporters during a trip to California: "I think it`s fine. I think that frankly they should have acted faster." Underscoring divisions within the central bank, the quarter-point rate cut on Wednesday drew dissents from three of the 10 voting policymakers.

Kansas City Fed President Esther George and Boston Fed President Eric Rosengren called for no rate cut, and St. Louis Fed President James Bullard wanted a bigger half-point rate cut. Forecasts from all 17 policymakers released at the end of the meeting showed even broader disagreement, with seven expecting a third rate cut this year, five seeing the current rate cut as the last for 2019, and five who appeared to have been against even Wednesday`s move.

TECHNICAL ADJUSTMENTS
The central bank also widened the gap between the interest it pays banks on excess reserves and the top of its policy rate range, a step taken to smooth out problems in money markets that prompted a market intervention by the New York Fed this week. In a hint that the Fed may soon take bigger steps, Powell acknowledged that strains in funding markets had been bigger than expected, and he said the central bank may need to resume increases to the Fed`s balance sheet "earlier" than previously thought.

U.S. stocks, lower ahead of the statement, extended their losses and the U.S. Treasury yield curve flattened. The 10-year Treasury note yield