By Reena BhardwajWashington [US], March 5 (ANI): President Joe Biden on Thursday (local time) congratulated the NASA team responsible for the success of the Perseverance rover that landed on Mars earlier this month. 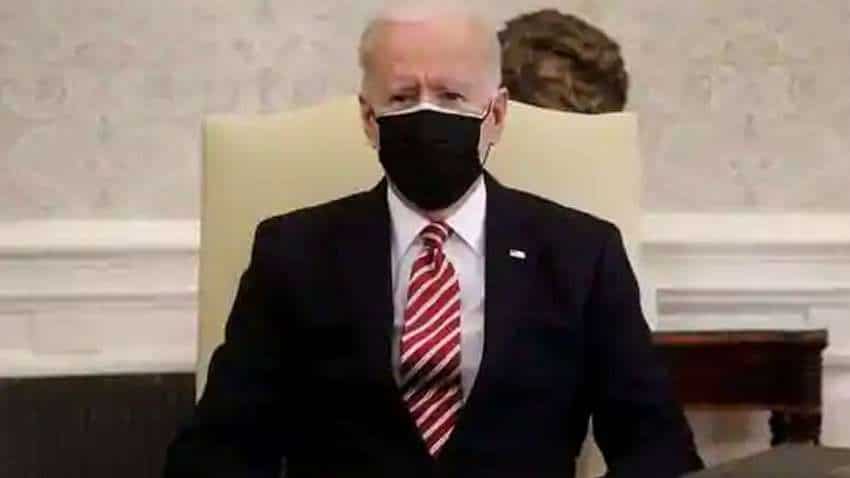 By Reena BhardwajWashington [US], March 5 (ANI): President Joe Biden on Thursday (local time) congratulated the NASA team responsible for the success of the Perseverance rover that landed on Mars earlier this month.

He lauded the team at NASA Jet Propulsion Laboratory (JPL)/California Institute of Technology, including Dr Swati Mohan, the Indian-American aerospace engineer, who was one of the many people who spearheaded the development and the landing system for the rover.

Biden while speaking to Dr Mohan in a video conference call said that the India-Americans are "taking over the country".

Mohan thanked Biden for interacting with them, but the President said he was honored to interact with the team."This is an incredible honor. Indian -- of descent -- Americans are taking over the country. You (Mohan), my Vice President (Kamala Harris), my speechwriter (Vinay Reddy) I tell you what. But thank you. You guys are incredible," Biden told Dr Mohan.Dr Mohan, who skilfully landed the spacecraft, works at the National Aeronautics and Space Administration`s (NASA) Jet Propulsion Laboratory (JPL). She is one of the many Indian women scientists, engineers and missile developers, who are leaving a trail for future generations.

Over the course of about 10 minutes, Biden poured on the kudos and cast the landing as an important bright spot that has come at a rough time for the nation.

"We can land a rover on Mars, we can beat a pandemic and with science, hope and vision, there`s not a damn thing we can`t do as a country," he added.During the interaction, the President also spoke with Michael Watkins, Jet Propulsion Laboratory director and lauded the NASA team for doing an "incredible job."

"It`s so much bigger than landing Perseverance on Mars," Biden told members of the NASA team. "It`s about the American spirit. And you brought it back."NASA`s Mars 2020 Perseverance rover got its first high-definition look around its new home in Jezero Crater on February 21, after rotating its mast, or "head," 360 degrees, allowing the rover`s Mastcam-Z instrument to capture its first panorama after touching down on the Red Planet on February 18.

According to a release by NASA, it was the rover`s second panorama ever, as the rover`s Navigation Cameras, or Navcams, also located on the mast, captured a 360-degree view on February 20. (ANI)