Asian currencies have been hobbled in the past two weeks as the U.S. dollar firmed due to more clarity on the Federal Reserve`s rate stance and as trade war ructions caused capital to depart from the region.  The number of Americans filing for unemployment benefits dropped to a more than 48-1/2-year low for the week ended July 14 as the labor market strengthens further. 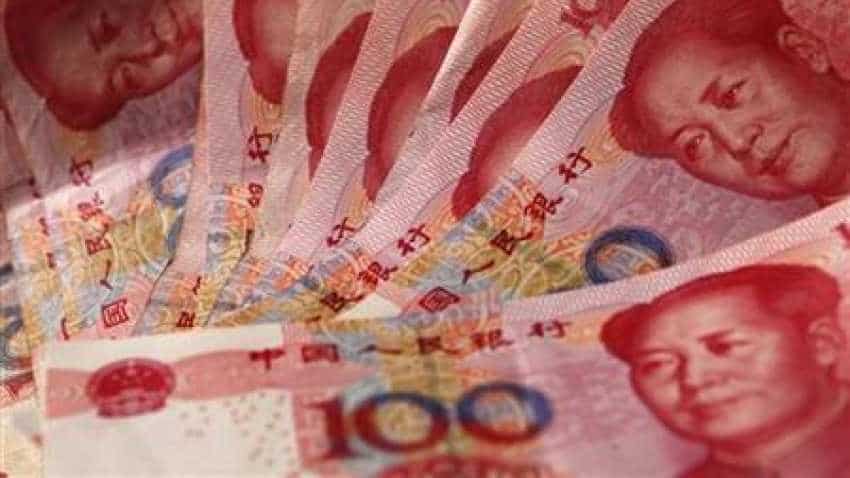 In Asia, investors piled bearish bets on the Chinese yuan to the highest on record, the Reuters poll of 11 respondents showed. Image source: Reuters
Written By: Reuters
RELATED NEWS

Investors raised bearish positions over the past two weeks on all emerging Asian currencies, according to a Reuters poll, as U.S. rate hike concerns and a global trade war kept regional units under pressure.

The dollar index touched its highest in over a year at 95.652 last Thursday before giving back some gains after U.S. President Donald Trump railed against the Fed`s tightening policy.

In Asia, investors piled bearish bets on the Chinese yuan to the highest on record, the Reuters poll of 11 respondents showed.

Over the last two weeks, the currency has weakened about 1.48 percent. Trump said last Friday he was ready to impose tariffs on all $500 billion worth of imported goods from China.

However, China said it has no intention to devalue the yuan to prop up exports.

The policy shift is aimed at addressing potential trade shocks and liquidity concerns which have cropped up as the country looks to ease fears of a debt bubble.

Bearish positions on the Taiwan dollar rose the most, after those on the yuan. Taiwan`s export-centric economy leaves it exposed to the potential fallout of a worsening global trade stand-off.

Indonesia`s rupiah saw bearish positions being ramped up to their highest since October 2015, as the currency slid to its lowest in about 33 months earlier this week.

Intervention in the country`s bond and currency markets by Indonesia`s central bank has appeared insufficient to stem a more-or-less consistent weakening of the rupiah.
In the poll, the Thai baht saw short positions rising to their highest since mid-October 2016. The country`s customs-cleared annual exports rose at a slower pace in June from the previous month, and less than forecast, commerce ministry data showed on Friday.

The Philippine peso has the second highest level of bearish bets in the region, the poll found.

The IMF on Wednesday said it now expects the Philippines` current account deficit to rise to 1.5 percent of GDP by end-2018, compared with an earlier forecast of 0.3 percent, mainly due to increased imports of capital goods and raw materials.

Short positions on the Malaysian ringgit were at their highest in a month, with any hopes for a rate hike being dealt a blow as the annual inflation rate in June slowed to its lowest since February 2015, after the government abolished a goods and services tax.

Economists see Malaysia`s central bank holding its key interest rate steady at 3.25 percent for the rest of the year, with the possibility of an easing if inflation slows further.

Short positions on the Indian rupee and Singapore dollar were also raised to the highest in a month. The Indian rupee touched an all-time low on Friday.

The poll uses estimates of net long or short positions on a scale of minus 3 to plus 3. A score of plus 3 indicates the market is significantly long U.S. dollars. The figures include positions held through non-deliverable forwards (NDFs).