Athletes receive massive incentives for winning medals during the Olympics, apart from this the bonuses on offer make the games more lucrative. 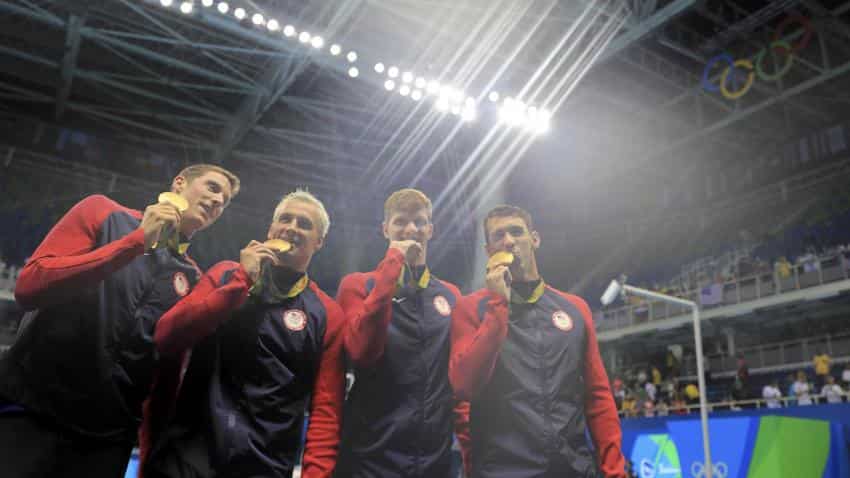 All athletes competing at the Rio Olympics are gunning for the gold. With it comes the glory of being the best in the world in that particular event. However, there is a whole lot more that athletes can gain if they win a gold medal for their country.

Athletes receive massive incentives for winning medals during the Olympics, apart from this the bonuses on offer make the games more lucrative.

Several countries such as the UK, US, Germany, Italy offer bonuses for athletes winning gold medals. However, for Rio Olympics Singapore is offering its athletes the largest bonus of $1 million Singapore dollars (US$753,000), according to a report Fox Sports and Statista.com.

While Singapore has set such a high bonuses, no athlete has yet won a medal let alone a gold. However, if an athletes from Singapore does win a gold, the win will be even more sweeter.

Currently, the US has the maximum gold medals of 9, followed by China with 8 golds, Hungary and Australia with 4 gold medals each and Russia with 5 gold winners.

In India the Indian Railways, which has the largest contigent of athletes sent for Rio Olympics, has announced a bouquet of incentives for the Railway players viz promotions ,increments & cash awards.

Prize money with each medal: