Berkshire Hathaway Vice Chairman Charlie Munger has said that the problem of Boeing`s 737 Max jet will be fixed well. 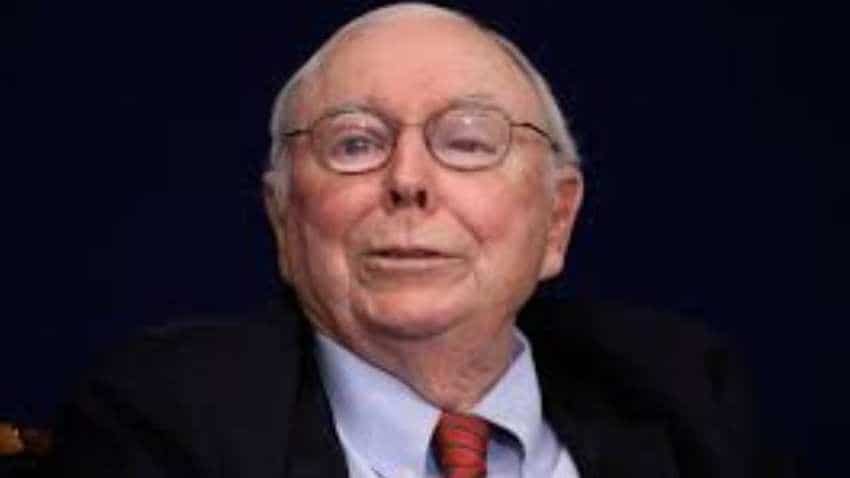 The 737 Max jets have been grounded worldwide after two deadly crashes in less than five months. Image source: Reuters

Berkshire Hathaway Vice Chairman Charlie Munger has said that the problem of Boeing`s 737 Max jet will be fixed well. In an interview with Yahoo Finance, on the question that if he would fly with the model in the future, Munger replied: "Yes, of course. And they will fix it well." The 737 Max jets have been grounded worldwide after two deadly crashes in less than five months, the Xinhua news agency reported.

It was Munger`s first interview after Berkshire held its annual shareholders meeting Saturday. The Yahoo Finance interview will be aired on Thursday, but a clip was posted on its website Sunday. A 737 Max owned by Ethiopian Airlines crashed in March, killing all 157 people on board. Prior to that, a crash involving the same model happened in October to Indonesia`s Lion Air, in which 189 people died.

"I don`t think it was really all that excusable that they made the mistake," Munger said. "That was a serious mistake." The investigation into what caused the two disasters is ongoing, and Boeing admitted that erroneous data from a sensor responsible for measuring the angle at which the wing slices through the air -- known as the Angle of Attack (AOA) -- played a role in the two tragedies.

Boeing CEO Dennis Muilenburg said on April 4 that the Maneuvering Characteristics Augmentation System (MCAS) was activated in response to the erroneous AOA information, following a preliminary report by the Ethiopian Accident Investigation Bureau that showed the pilots had followed Boeing-recommended procedures, but could not control the flight.

Munger said he views the recent failures as "an absolute lapse of being a big bureaucracy," but noted that he believes the damage to the planemaker`s reputation will be limited. "Boeing probably has the best safety record in the world if you take 60 years, and this was a very unusual lapse," Munger said. "There may not be another one for 60 years."

Berkshire holds stakes in major U.S. airlines including Delta, Southwest, United and American. All of them, except for Delta, have 737 Max jets. The company had no Boeing shares as of Dec. 31, 2018, according to its 13-F filing with U.S. Securities and Exchange Commission submitted on February 14.

What makes one a good investor?