Bengalis in Britain may build trade ties with India: Buckneil

The meet was organised by British Deputy High Commission and 'powered' by The Dialogue, a think tank dedicated to drive policy and governance reforms through public opinion. 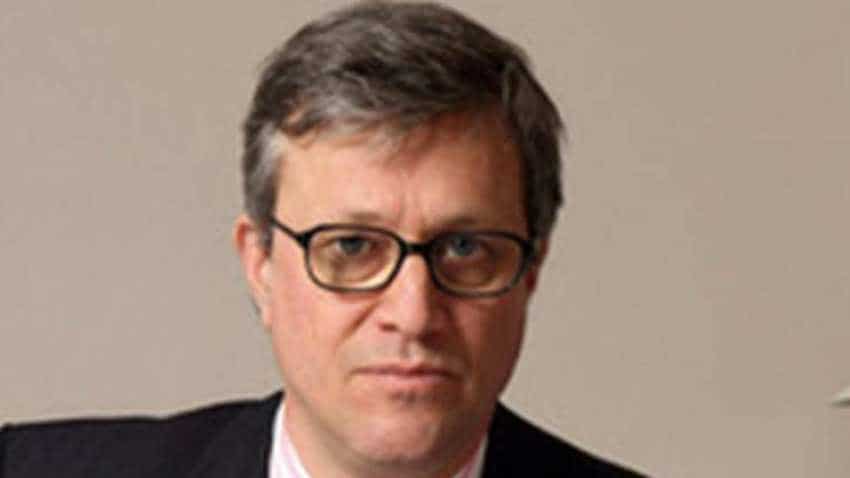 British Deputy High Commissioner of Kolkata Bruce Buckneil today called for engaging the Bengali diaspora in Britain to build business ties with the state and India.

"The human capital link between Bengal and Britain remains very strong," Buckneil told reporters on the sidelines of a meet to address the potential of West Bengal to drive the country's 'Act East Policy'.

Bengal has fantastic assets and "I want to engage them more to build those (business) links," Buckneil said.

In Britain, there is a large Bengali diaspora which is unfortunately dispersed in the country. There are many Bengali doctors and lawyers there too, he said.

The meet was organised by British Deputy High Commission and 'powered' by The Dialogue, a think tank dedicated to drive policy and governance reforms through public opinion.

The British diplomat said there should just not be flow of human capital, but there should also be the flow of ideas and business in different countries.

He said in terms of destination for British investment in India, West Bengal occupied the fifth largest spot. "Business can't be forced to come to your place, you have to make it attractive," he said.

Buckneil said that technological change was "devastating all sorts of traditional business models. When asked to elaborate his point, he said "AI (Artificial Intelligence) is coming and it will take away a lot of jobs. Automation has come to manufacturing.....That is the challenge we all will face."

Asked to comment on employment situation in Bengal in the new situation, he said "as a diplomat I won't say much. All I can say to keep creating jobs you have to create right condition for business, you have to be business friendly, you have to keep regulations right."

"In food, one of the biggest fast food outlets which makes momo, had started in Kolkata," he said.

West Bengal Minister for Power and Non-conventional Energy Sources, Sobhandev Chattopadhyay said the state "which is surplus in power is ready with infrastructure."

Chattopadhyay referred to Chief Minister Mamata Banerjee's successful visits to Britain and expressed confidence in opening a lot of business opportunities in the state.

He said from thermal power to solar energy and hydel power, Bengal is going ahead of other states in the country.