Believe it or not, Billionaire Bill Gates stood in queue to get his burger, fries; check image

Bill Gates was spotted waiting in queue to grab a burger, fries and a Coke at Dick's drive-in in Seattle. 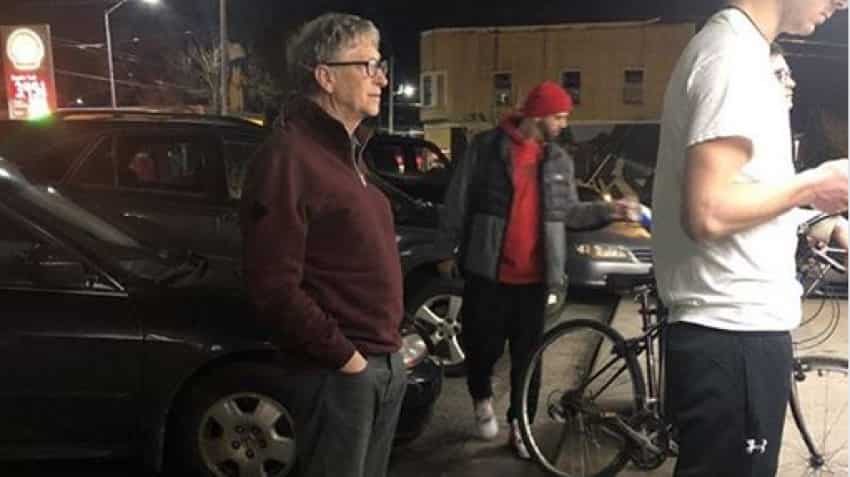 Bill Gates queued up for a deluxe burger which costs $3.40, fries $1.90, and a large Coke $2.38. Image source: Facebook page of Mike Galos, a former Microsoft employee.

We often break queues, surpassing others to get things done quickly without feeling guilty. Bill Gates, one of the richest men in the world, who can afford almost everything that can be bought for money, however, has shown exceptional personality trait. The billionaire was reportedly spotted waiting in queue to grab a burger, fries and a Coke at Dick's drive-in in Seattle.

To the delight of fellow customers, Gates was waiting in a line at Dick's Drive-In in Seattle over the weekend, according to a DailyMail Online. The US billionaire, who is founder of Microsoft, has a fortune of $95.5 billion. In 2018, Gates was the second richest man on the Forbes list. Gates was seen wearing a red sweater, gray pants and black sneakers as he waited with his hands in his pockets for his burger order on Sunday, the report said.

"When you're worth about $100,000,000,000, run the largest charity in the history of the world and stand in line for a burger, fries and Coke at Dick's like the rest of us...THIS is how real rich people behave unlike the gold toilet seat wannabe poser in the White House," Mike Galos a foremer Microsoft employee, wrote on his Facebook page, with the picture of Gates standing in a queue for burger. He posted the photo on his Facebook page on Thursday.

Gates is incredibly humble when it comes to his huge fortune and celebrity status, Galos said. Gates is know for his charity. Bill & Melinda Gates Foundation has wings in every nook and corners of the world.

Coronavirus: Bill Gates’ comments on Omicron variant are going viral - What he said