India, one of the world`s biggest oil importers along with the United States and China, had similarly elaborate barter deals with Iran. 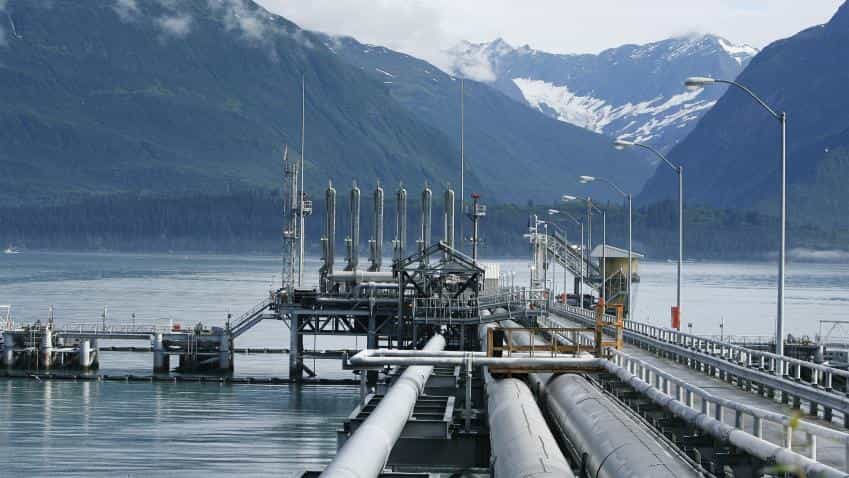 Dr Reddy`s wrote off $65 million in the March quarter, which it said was almost all the money it was owed from Venezuela. Photo: IANS
Written By: Reuters
RELATED NEWS

Indian officials say they have proposed an oil-for-drugs barter plan with cash-strapped Venezuela to recoup millions of dollars in payments owed to some of India`s largest pharmaceutical companies.

Several of India`s generics producers, led by the country`s second-largest player Dr Reddy`s Laboratories Ltd, bet heavily on Venezuela as they sought emerging market alternatives to slower-growing economies such as the United States.

But the unravelling of Venezuela`s socialist economy amid a fall in oil prices has triggered triple-digit inflation and a full-blown political and financial crisis. Unable to pay its bills, the country is facing severe shortages of even basic supplies such as food, water and medicines.

Dr Reddy`s wrote off $65 million in the March quarter, which it said was almost all the money it was owed from Venezuela. Rival Glenmark Pharmaceuticals Inc, another major investor, says it is due $45 million.

"The situation in Venezuela is very precarious ... the government knows it needs to do something about the medicine shortage, that`s why it is willing to discuss such a deal," one Indian official told Reuters.

"At this point, even if our companies get back 5 or 10% of the payment they are owed, they would be satisfied."

Venezuela`s Health Ministry did not immediately respond to a request for comment. Like pharmaceutical companies globally - which used to enjoy a preferential exchange rate in Venezuela - Indian producers have been left badly stung by the collapse of the bolivar currency.

The Indian officials, who could not be named as they are not allowed to speak to the media, said the trade ministry had proposed a payment mechanism that would allow Venezuela to repay some of the amount owed with oil.

The proposal, seen by Reuters, would use the State Bank of India to mediate the transfer. The plan is now awaiting approval on the Indian side from the finance ministry and the central bank, which regulates such payments.

India, one of the world`s biggest oil importers along with the United States and China, had similarly elaborate barter deals with Iran, swapping rice and wheat for oil.

The officials said Venezuela had been receptive to the plan "in principle", but not made any concrete commitments yet. Indian officials said a "high level" meeting with Venezuela was due in the coming months to discuss the proposed deal.

"The finance ministry has assured us that the government is fully committed to it, but it will take time," said P.V. Appaji, Director General of the Pharmaceutical Export Promotion Council of India, a body under the country`s commerce ministry.

India`s exports to Venezuela between April 2015 and February 2016 almost halved year-on-year to $125.5 million, compared with a year earlier. Most of that was pharmaceutical products.

The amount owed to Indian companies is modest on a global scale - Novartis AG, Bayer AG and Sanofi SA took heavier hits when they agreed to take bonds from state-owned oil company PDVSA in lieu of cash, sold at a deep discount.

But Venezuela is India`s largest trade partner in Latin America and one of its key suppliers of oil. A deal could also revive sales, albeit at a reduced level, at a time when Venezuela is desperately short of medical supplies, lacking as much as 80% of what it needs to treat its population, according to a Venezuelan industry body.

Of course, many other providers in the oil, food and trade sector are pressuring Venezuela to pay its debts at a time when the cash-strapped government is facing growing social unrest. The OPEC country`s oil production is also expected to fall this year due to a lack of resources, a power crunch and maintenance problems, likely leaving it with less crude for export.

Both Dr Reddy`s and Glenmark have now stopped shipping to Venezuela. But, neither have said they would pull out yet, as they continue to bet on the market`s future potential.

Per capita consumption of medicines in Venezuela is high, and its healthcare market was growing at a rate of about 20% a year until 2014, when the economic crisis began.

"Only condition to the contract is that we will dispatch (products) only when we get either the LC (licensing certificate) or some advance," he said.

Glenmark said it was evaluating its operations in Venezuela on a month-by-month basis. "We are extremely encouraged that the Indian government is taking constructive steps to recover our money that is stuck in our own Venezuela subsidiary," said Chairman and Managing Director Glenn Saldanha in an emailed statement.