Many BOJ officials say they are more confident about prospects of economic recovery as exports and factory output benefit from improving global demand. 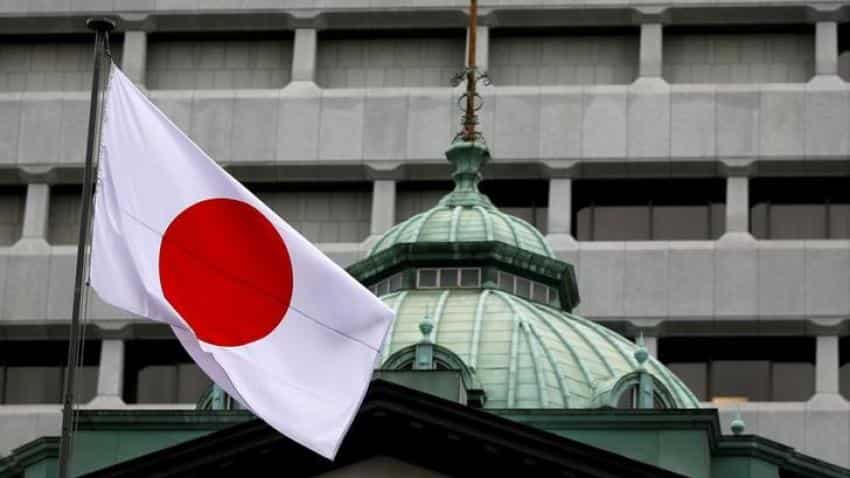 A Japanese flag flutters atop the Bank of Japan building in Tokyo. Photo: Reuters
Written By: Reuters
RELATED NEWS

The Bank of Japan is expected to keep monetary policy steady on Thursday and stress that inflation is nowhere near levels that justify talk of withdrawing massive stimulus, as weak consumer spending casts a cloud over an otherwise healthy pick-up in the economy.

Many BOJ officials say they are more confident about prospects of economic recovery as exports and factory output benefit from improving global demand.

But they see more to fret about on consumer prices, as budding growth in some sectors is not generating inflation.

In a sign that companies remain wary of raising the prices of their goods due to weak consumer spending, prices apart from fuel and food have shown scant signs of life.

"The trickle-down effect isn`t there yet, which would be key for inflation to accelerate sustainably," said a source familiar with the BOJ`s thinking.

"It would be wrong for markets to start factoring in an early BOJ rate hike," another source said.

At the two-day rate review that ends on Thursday, the BOJ is expected to maintain its short-term interest rate target at minus 0.1 percent and a pledge to guide the 10-year government bond yield around zero percent via aggressive asset purchases.

Analysts also expect the BOJ to keep intact a loose pledge to maintain the pace of its annual increase in Japanese government bond (JGBs), which is 80 trillion yen ($696.62 billion).

At his post-meeting news conference, BOJ Governor Haruhiko Kuroda is likely to stress that the central bank has no plan to raise its yield targets any time soon with inflation distant from its 2 percent target.

Core consumer prices rose for the first time in over a year in January and many analysts expect inflation to accelerate toward 1 percent later this year, due largely to a rebound in energy costs and rising import prices from a weak yen.

That has diminished market expectations of additional monetary easing, with roughly half of analysts polled by Reuters predicting the BOJ`s next move would be to pull back from its ultra-easy policy.

Some analysts say the BOJ may be forced to raise its yield targets to avoid ramping up bond purchases if Japanese long-term interest rates track global bond yield rises, which are being driven by expectations of higher U.S. interest rates.

The BOJ hopes to dispel such speculation and stress it won`t raise its yield targets unless the economy strengthens enough to accelerate inflation stably toward 2 percent, the sources said.

"What`s more, the main reason why Japan has suffered from a prolonged period of falling prices is deeply entrenched deflationary expectations, and the Bank has had little success in turning expectations around."