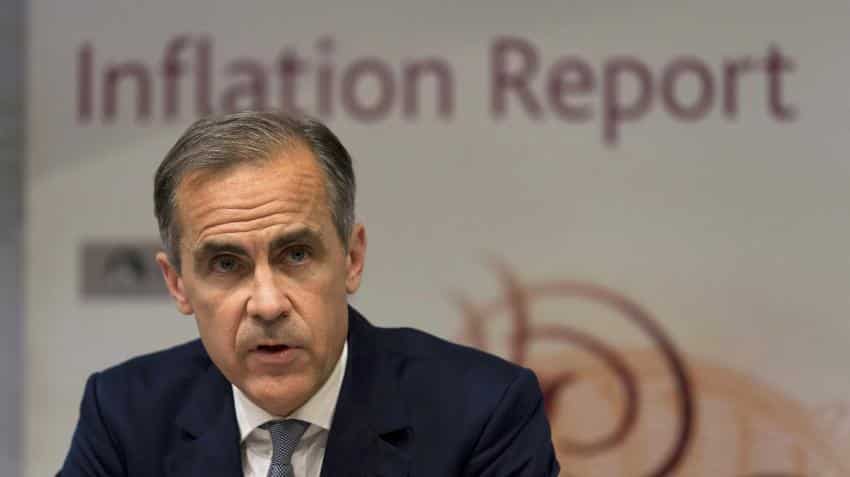 Bank of England (BoE) Governor Mark Carney is unlikely to take up the option of a three-year extension to his term at the central bank, and may announce his decision as soon as on Thursday, British newspapers reported at the weekend.

Carney has said publicly that he will decide before the end of the year whether to stay beyond the five-year term he committed to when he joined the BoE in July 2013. He is due to hold a quarterly news conference on Thursday.

The Sunday Times reported that Carney was unhappy with Prime Minister Theresa May's office, and had a closer relationship with finance minister Philip Hammond's predecessor, George Osborne, who had recruited him.

Speaking to the BBC on Sunday, business minister Greg Clark - who served under Osborne - said Carney had been "a brilliant appointment".

Saturday's edition of the Times - which is editorially separate from its Sunday sibling - had previously reported Carney's motivation for leaving in 2018 was more personal.

"Senior City figures who know the governor said they believed it was more likely than not that he would choose to return to Canada in 2018, adding that his family's feelings were a concern," the Times had said.

"Suggestions he could leave before 2018 were firmly rejected," it added, saying an announcement could come at Thursday's news conference or a future appearance before the committee of lawmakers which monitors the central bank.

The BoE declined to comment on the Times article and referred to Carney's previous public statements on the topic.

Last week, Carney said his decision whether to stay would be based on personal rather than political considerations, and he would need to find some time to make up his mind.

The report that Carney was unhappy with May's office was based on information from two senior figures who had known Carney since he moved to Britain in 2013, the Sunday Times said.

"I don't think he's been overly impressed by the professionalism of No 10," the Sunday Times quoted someone described as a friend of Carney as saying about May's office.

The Sunday Times said government officials did not expect Carney to announce his departure as soon as on Thursday, and said friends of Carney expected him to stay in his job until 2018.