Paris and London were ranked second and third, each with about 19.1 million arrivals, trailed by Dubai with 15.9 million. 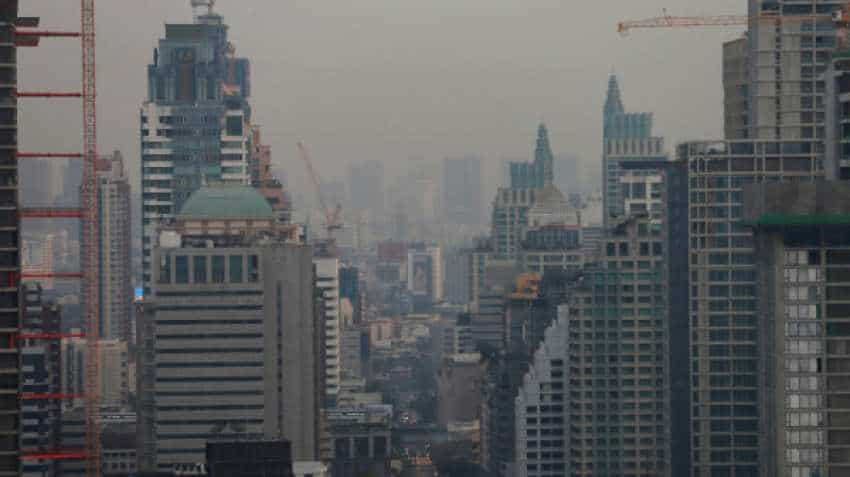 New York, Istanbul, Tokyo and Antalya, Turkey, rounded out the top 10. The number of international visitors across the 200 cities grew by 76% in the last 10 years. Image source: Reuters
Written By: Reuters
RELATED NEWS

These Thai businessmen sentenced to massive 1,446 years in jail

Thailand`s capital, Bangkok, edged out Paris and London as the world`s most popular city to visit, according to a survey released on Wednesday, welcome news for Thailand after worries over a drop in foreign arrivals. Bangkok was named the most-visited city for the fourth consecutive year, with about 22.8 million visitors reported in the annual rankings by MasterCard Inc.

Paris and London were ranked second and third, each with about 19.1 million arrivals, trailed by Dubai with 15.9 million.

Other Southeast Asian cities, Singapore and Kuala Lumpur were fourth and fifth in the rankings, based on third-party research, proprietary analysis and public data across 200 destination cities.

New York, Istanbul, Tokyo and Antalya, Turkey, rounded out the top 10. The number of international visitors across the 200 cities grew by 76% in the last 10 years.

Despite Bangkok`s longtime reign atop the list, the Thai tourism industry has faced headwinds, with arrivals dropping 1.03% year-on-year in May before recovering to grow 0.89% in June from a year earlier. Tourism accounts for about 12% of Thailand`s economy.

However, weaker Chinese economic growth and a boat accident last year led to a drop off in Chinese arrivals in Thailand in the first half of this year. The downturn in the number of visitors from China was partially offset by Indian arrivals.

Thailand expects to welcome 2 million Indian tourists in 2019, the governor of the Tourism Authority of Thailand, Yuthasak Supasorn, told Reuters, adding this was one year earlier than its target.

In August, the government extended a waiver of a 2,000 baht ($65) fee for visa-on-arrivals for tourists from 18 countries including those from China and India.

A growing middle class and increasing wealth in populations and the rise of low-cost airlines will make travel more accessible, Minor Hotels Chief Executive, Dilip Rajakrier, said in an email.

"Given only less than 10% of the China`s total population having passports today. The potential of the Chinese market will never fade," he said.

These Thai businessmen sentenced to massive 1,446 years in jail