In a big concern for flyers, it was revealed that  Southwest Airlines grounded as many as 34 planes in its fleet! The move was sudden and therefore, surprising, not just for flyers at large but also for authorities concerned. 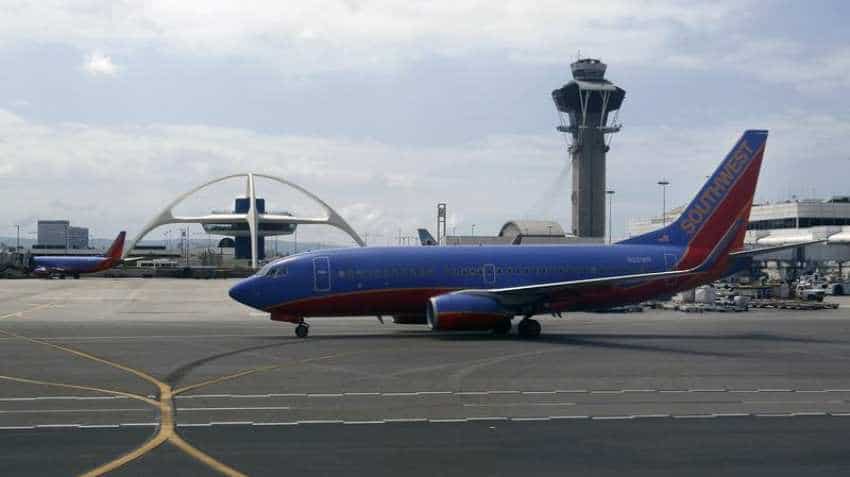 In a big concern for flyers, it was revealed that  Southwest Airlines grounded as many as 34 planes in its fleet! The move was sudden and therefore, surprising, not just for flyers at large but also for authorities concerned. After finding out that maintenance paperwork is not in compliance with Federal Aviation Administration (FAA) safety directives, Southwest Airlines had grounded 34 Boeing 737-700 aircraft on Thanksgiving Eve.

According to a report by Buffalo News, the airline did a detailed visual inspection of the 34 grounded aircraft. The carrier voluntarily followed the FAA mandate, said a spokesperson.

Southwest's maintenance department's detailed visual inspections focused on damaged fuselage areas of the aircraft that had been previously repaired, a source close to developments said, as cited by Buffalo News.

The inspection was launched in a wake of fan blade detachment and engine explosion on a flight last April. This caused the first ever fatality on board a Southwest Airlines flight.

All the grounded flights were previously owned by other airlines. The report mentioned that all these flights made an entry into the carrier's fleet when Southwest made a decision to get rid of its remaining older Boeing 737-300. This required the carrier to add a number of previously-owned aircraft quickly.

The report also mentioned that this grounding of the planes followed by an immediate inspections came as Southwest is in the middle of an investigation by the Inspector General in the United States Department of Transportation of FAAs’ oversight of the Southwest safety and maintenance culture.