The profit slump follows a surge in fuel exports from China, India, Japan, South Korea, and Taiwan. Refinitiv shipping data shows fuel exports from those countries have risen three-fold since 2014, to a record of around 15 million tonnes in January. 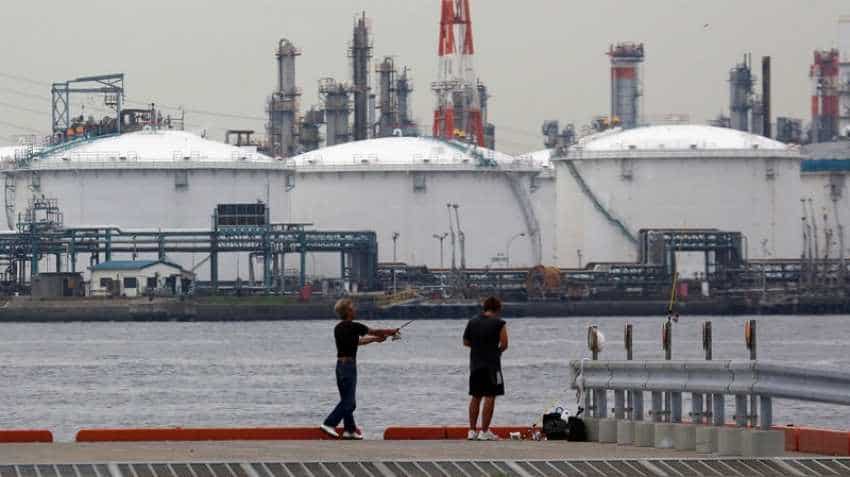 In Japan, oil imports have been falling steadily for years, yet its refiners produce more fuel than its industry can absorb. Reuters

Asia`s biggest oil consumers are flooding the region with fuel as refining output is exceeding consumption amid a slowdown in demand growth, pressuring industry profits. Since 2006, the Asia-Pacific has been the world`s biggest oil consuming region, led by traditional industrial users South Korea and Japan along with rising economic powerhouses China and India.

Yet overbuilding of refineries and currently sluggish demand growth have caused a jump in fuel exports from these demand hubs. Car sales in China, the world`s second-biggest oil user, fell for the first time on record last year, and early 2019 sales also remain weak, implying a slowdown in gasoline demand. For diesel, China National Petroleum Corp in January said it expected demand to fall by 1.1 percent in 2019.

That would be China`s first annual demand decline for a major fuel since its industrial ascent started in 1990. The surge in fuel exports combined with a 25 percent jump in crude oil prices so far this year has collapsed Singapore refinery margins, the Asian benchmark, from more than $11 per barrel in mid-2017 to just over $2. Combine the slumping margins with labour costs and taxes and many Asian refineries now struggle to make money.

The squeezed margins have pummelled the stocks of most major Asian petroleum companies, such as Japan`s refiners JXTG Holdings Inc or Idemitsu Kosan, South Korea`s top oil processor SK Innovation, Asia`s top oil refiner China Petroleum & Chemical Corp and Indian Oil Corp., with some companies dropping by about 40 percent over the past year. Jeff Brown, the president of energy consultancy FGE, said the surge in exports and resulting oversupply were a "big problem" for the industry.

"The pressure on refinery margins is a case of death by a thousand cuts... Refinery upgrades throughout the region are bumping up against softening demand growth," he said.  The profit slump follows a surge in fuel exports from China, India, Japan, South Korea and Taiwan. Refinitiv shipping data shows fuel exports from those countries have risen three-fold since 2014, to a record of around 15 million tonnes in January.

The biggest jump in exports has come from China, where refiners are selling off record amounts of excess fuel into Asia. "There is a risk for Asian market turmoil if (China`s fuel) export capacity remains at the current level or grows further," said Noriaki Sakai, chief executive officer at Idemitsu Kosan during a news conference last week. But Japan`s and South Korea`s fuel exports have also risen as demand at home falls amid mature industry and a shrinking population.

Japan`s 2019 oil demand will drop by 0.1 percent from 2018 while South Korea`s will remain flat, according to forecasts from Energy Aspects.  In Japan, oil imports have been falling steadily for years, yet its refiners produce more fuel than its industry can absorb. The situation is similar in South Korea, the world`s fifth-biggest refiner by capacity, according to data from BP Plc. Cho Sang-bum, an official at the Korea Petroleum Association, which represents South Korean refiners, said the surging exports had "triggered a gasoline glut".

That glut caused negative gasoline margins in January. Compounding the supply overhang in Asia, fuel exports from the Middle East, which the BP data shows added more than 1 million barrels per day (bpd) of refining capacity from 2013 to 2017, have doubled since 2014 to around 55 million tonnes, according to Refinitiv estimates. Even more fuel is set to come. Malaysia`s state-owned Petroliam Nasional Bhd is starting up its RAPID refinery, capable of processing 300,000 bpd of crude, while China and India also have several projects coming online this year and next.

"Asia is expected to lead the global refining industry, both in terms of capacity as well as capital expenditure, between 2019 and 2023," data analytics firm GlobalData said in a report published this week.
"Between 2019 and 2023, 45 new refineries are expected to become operational in Asia," said the report, adding that this would "increase petroleum products exports" from Asia. Despite so many refineries coming to the market, the outlook is not entirely bleak.

FGE`s Brown said new regulations by the International Maritime Organization (IMO) that will require shippers to reduce the sulphur content in their fuel from next year meant demand for products like diesel and low-sulphur fuel oil (LSFO) would rise and improve refinery profits.

"The main relief will come as the market shifts into IMO2020 mode in the fourth quarter," said Brown. "Margins will recover, restoring order to the market."