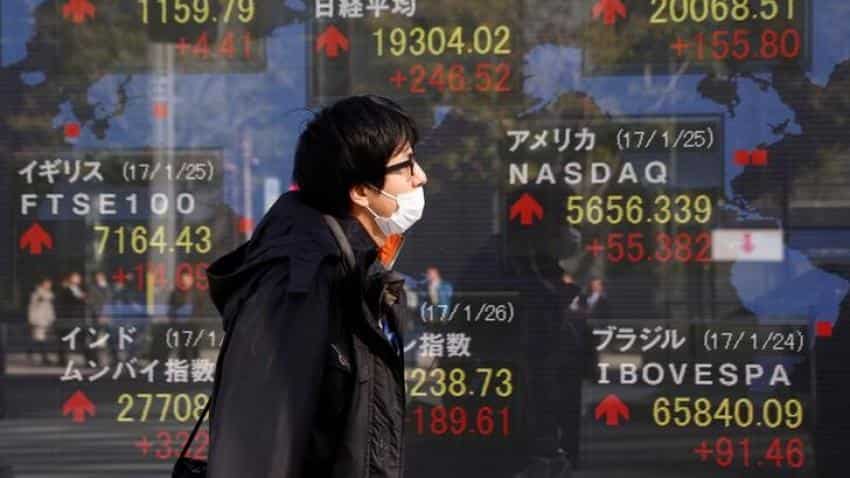 Asian stocks looked set to consolidate around four-month highs on Thursday as a cautious Wall Street close and growing political risks in Europe force investors to the sidelines. MSCI`s broadest index of Asia-Pacific shares outside Japan was broadly flat, with early Asian markets such as Australia hemmed in tight ranges.

New Zealand stocks edged higher after the central bank signalled that a further cut in interest rates was no longer likely, but also that any tightening in policy might be two years or more away.

Political concerns, including a strong showing by far-right candidate Marine Le Pen in France`s presidential race, have pushed up premiums demanded by investors to buy French debt over comparable bonds and pushed the yen and US Treasuries higher.

"The market is clearly pricing in a degree of uncertainty around the French elections, although that`s not to say that the market is pricing in some type of shock political outcome," James Woods, global investment analyst at Rivkin Securities in Sydney, wrote in a note.

Cautious stock markets translated into another day of gains for bonds with 10-year US benchmark bond yields declining for a third consecutive day to 2.34%, the lowest level in three weeks.

Falling yields on U.S. debt had little impact on the greenback which showed further signs of extending gains after plateauing last week.

Against a broad trade-weighted basket of its rivals, the dollar was trading at 100.20 compared to a level of 99.30 last week. The Japanese yen also held its ground thanks to a broad rush to safety.

In commodities, copper prices rose after the world`s top two mines said strikes and permit delays would force them to cut output. Helping sentiment was a recent pickup in China`s production price index to its highest levels since September 2011. Oil prices held firm after investors covered short positions on Wednesday. Brent crude futures settled at $55.16 per barrel, up 0.2%.