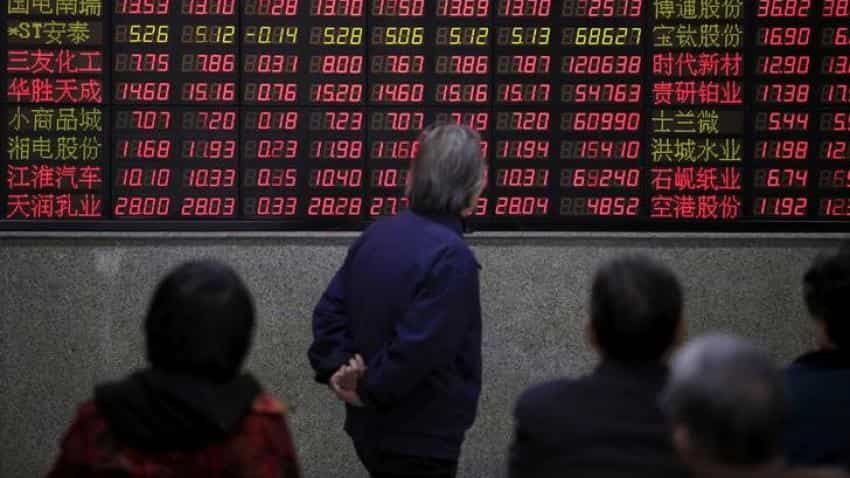 Asian stocks are set for a third straight day of losses on Friday as a retreat in crude oil and other commodities prices knocked global sentiment, although receding concerns about France`s presidential election kept the euro near six-month highs.

MSCI`s broadest index of Asia-Pacific shares outside Japan opened flat on Friday. Japan and South Korea markets are closed for trading. Commodity prices across the board tumbled, led by oil

"The rout in markets is unlikely to turn around quickly," ANZ strategists wrote in a daily note. "Oil markets face further potentially bearish data, with the U.S. rig count likely to add to the bearishness."

Oil prices plunged to five-month lows on Thursday amid record trading volume in Brent crude, as OPEC and other producers appeared to rule out deeper supply cuts to reduce the world`s persistent glut of crude.

The weakness in commodities washed over to stocks, countering some fairly solid earnings reports and some cautious optimism about U.S. President Donald Trump`s reform plans after the U.S. House of Representatives passed a healthcare overhaul.

Futures traders are pricing in a 79 percent chance of a June rate hike, up from 68 percent a week earlier, according to the CME Group`s FedWatch Tool.

The euro settled at a six-month high

Beyond Sunday`s vote, traders will be looking to the European Central Bank for clues on its plans to reduce its bond-buying programme. Prospects of higher U.S. interest rates dampened demand for gold with the safe-haven asset =>=ebs>=rr>