Asian stocks track dip ahead of speech by US Fed's Yellen 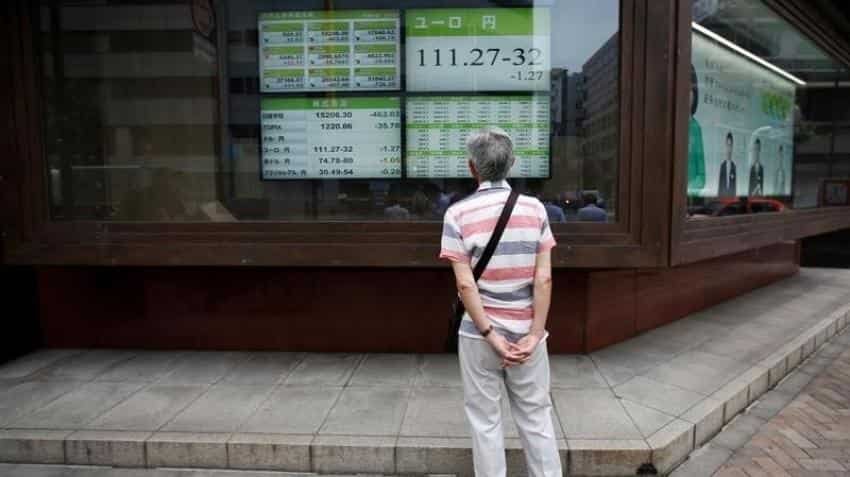 Caution ahead of a speech by Federal Reserve Chair Janet Yellen`s speech at the annual gathering of central bankers in Jackson Hole, Wyoming, limited movements across global markets on Friday.

Asian stocks tracked an overnight dip on Wall Street and edged down early in the session, while geopolitical tensions helped shore up crude oil prices.

Risk markets were wary of the US central bank hinting at near-term interest rate hike which could divert some of the massive liquidity that has drenched global markets.

US stocks were modestly lower on Thursday, weighed down by a drop in healthcare and consumer companies.

"While it is possible that her comments will have a longer-term feel about them and could also be reasonably technical in nature, markets will be particularly interested if she follows on from some of her Fed colleagues that have signalled recently that markets are under-pricing potential upcoming Fed tightening," wrote strategists at ANZ.

"Those comments haven`t really shifted market pricing, but if the boss was to signal it too, markets would likely listen."

On Thursday Kansas City Fed President Esther George said it is time for the central bank to raise rates gradually and Dallas Fed President Robert Kaplan noted the Fed should be able to hike "in the not too distant future."

Those comments were roughly in line with the hawkish views expressed by Fed policymakers including Vice Chair Stanley Fischer earlier in the week, adding to expectations that Yellen`s comments would be in a similar vein.

The dollar treaded water against its main peers ahead of Yellen`s speech. The US currency was flat at 100.560 yen, having risen a modest 0.3% so far this week.

Oil prices were lifted overnight by US-Iran military tensions in the Gulf and speculation the dollar would fall in response to Yellen`s policy speech.

Indian markets buoyant ahead of US Fed; 400 points gain for Sensex, 100 points for Nifty