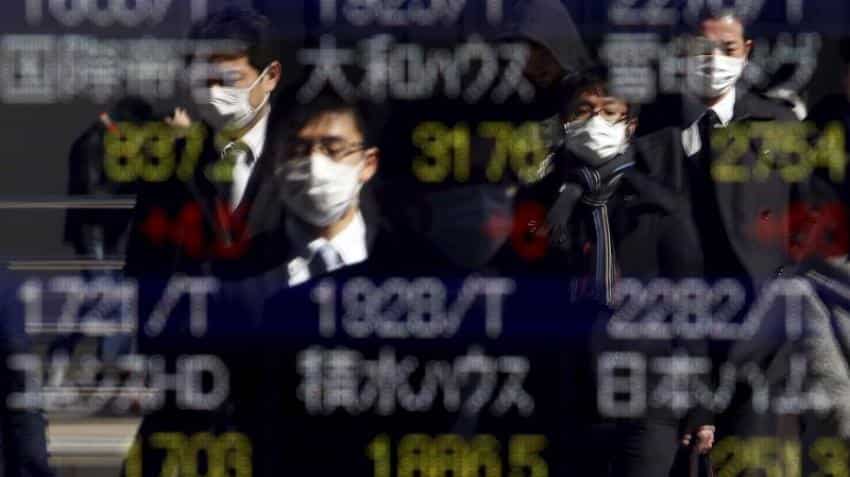 Asian stocks followed Wall Street lower in early trade on Friday, while oil prices held close to the highest level in almost a month on optimism over an OPEC plan to curb output.

Japan`s Nikkei retreated 1.5% after sluggish consumption data. It is down 1.7% for the month, but set to end the quarter 5.7% higher.

Some Bank of Japan board members doubted whether the central bank`s overhaul of its massive stimulus programme, announced last week would enhance flexibility of monetary policy, a summary of opinions at the central bank`s September rate review showed on Friday.

Japanese consumer prices in August fell 0.5% from a year earlier, missing expectations. Consumer prices in the Tokyo area in September dropped 0.5%, the fastest year-on-year drop since 2013.

On Thursday, Wall Street lost about 1% as Deutsche Bank shares slumped to a record low after a report that trading clients had withdrawn excess cash and positions held in the largest German lender.

The bank`s US shares closed down 6.7% at $11.48 after earlier falling to as low as $11.185. The immediate cause of Deutsche`s crisis is a fine, disputed by Deutsche, of up to $14 billion by the US Department of Justice over its sale of mortgage-backed securities.

Deutsche`s woes, alongside a grilling of Wells Fargo`s chief executive by US lawmakers amid a call for the bank to be broken down due to a scandal over its opening of client accounts without agreement, helped push the S&P bank index down 1.6%.

Oil prices extended gains, rising more than 1% on Thursday, on optimism over an agreement by OPEC to cut output, but the rally was limited by doubts the reduction would make a substantial dent in the global crude glut.

While the yen is headed for its third straight quarter of gains, speculation that Japanese investors may buy more foreign assets in their new business half-year starting from Oct. 1 could stem the Japanese currency`s gains in the near term.

The Indian rupee posted its biggest drop since June on Thursday, after Indian officials said elite troops crossed into Pakistan-ruled Kashmir and killed suspected militants preparing to infiltrate and carry out attacks on major cities, in a surprise raid that raised tensions between the nuclear-armed rivals.