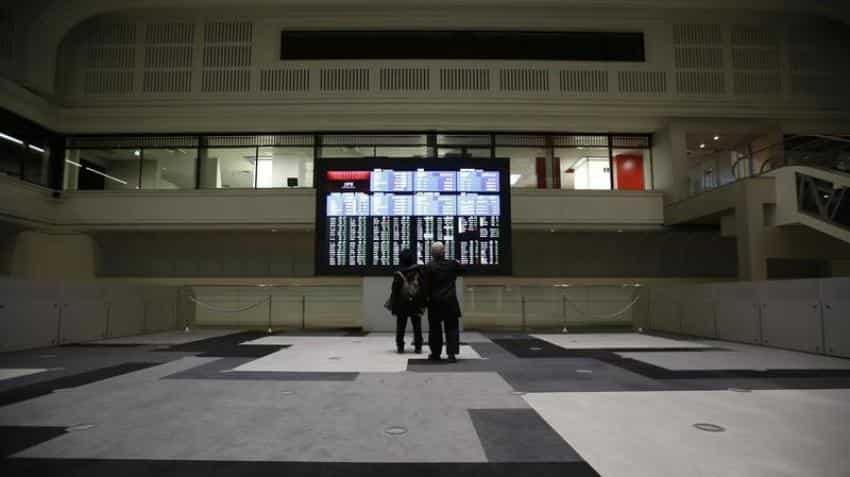 Asian shares got off to a tentative start on Wednesday, while the yen was steady as investors braced for the outcome of the Bank of Japan`s policy meeting amid heightened speculation the central bank will make crucial changes to its massive easing programme.

The BOJ is expected to make negative interest rates the centrepiece of a new policy framework - widely seen as a desperate attempt to show it still has the firepower to lift Japan out of years of stagnation.

Ahead of the decision, MSCI`s broadest index of Asia-Pacific shares outside Japan added 0.15%, perched at its highest levels since September 12. Markets in New Zealand and Australia were flat.

"Expectations are that the BoJ may push back the timing of its 2% inflation target making it a more medium term objective, make QE more flexible in an attempt to steepen the curve and possibly cut the deposit rate further into negative territory," ANZ bank analysts said in a note to clients.

"Whilst all this is speculative, we do know that the BoJ is quite divided on the merits of extending extraordinary monetary measures further given the difficulty that negative rates and a flat yield curve create for the banking and financial sector," the analysts said, noting the BOJ has recently disappointed markets.

Markets are also watching out for the US Federal Reserve policy decision, due later in the global day. Both hawkish and dovish comments from Fed officials recently have stoked volatility in financial markets, although consensus is now centred on a US rate hike by year-end.

The Dow Jones industrial average added 0.05%, the S&P 500 gained 0.03%, and the Nasdaq Composite rose 0.12%.US Treasury yields were supported in early trade as investors bought longer-dated bonds on uncertainty over the outcome of the BOJ meeting.

Currency markets held tight in recent trading ranges with a broad dollar index, a basket of trade-weighted currencies, holding steady at 95.99. The euro was steady at $1.11540, while the dollar was broadly flat against the yen at 101.67 yen .

The Australian dollar consolidated chunky recent gains at $0.7554 as the demand outlook for industrial metals for China continued to improve along with favourable tailwinds from emerging markets and currencies. It is up 1.5% in a week.

Oil prices were up in early Asian trade with US crude oil futures up 2% to $44.85 per barrel.