Asian stocks hold near 14-month peak on US Fed relief 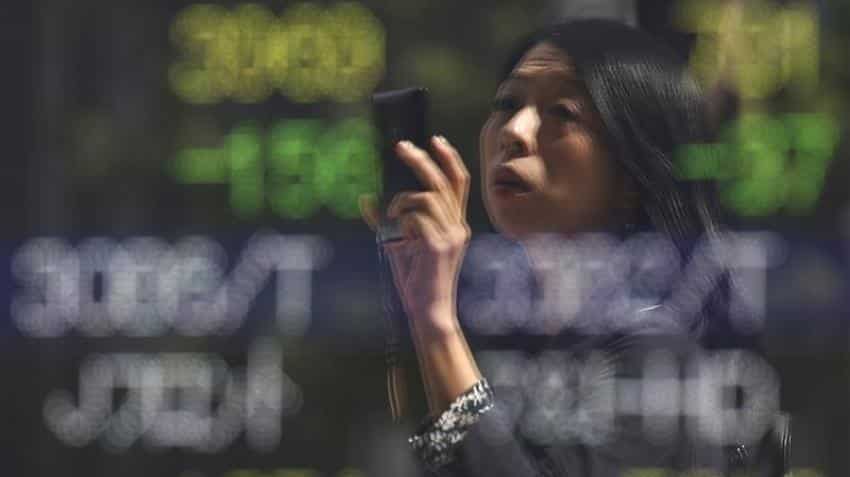 The S&P 500 capped its best two-day performance in more than two months, while the Nasdaq closed at a record high. Photo: Reuters
Written By: Reuters
RELATED NEWS

Asian shares edged closer to 14-month highs on Friday while the dollar was on the defensive as investors grew more convinced that the Federal Reserve is settling into a phase of very gradual interest rate hikes.

MSCI`s broadest index of Asia-Pacific shares outside Japan was steady and within sight of its highest levels since July 2015 that it hit in early September.

The S&P 500 capped its best two-day performance in more than two months, while the Nasdaq closed at a record high.

The rallies began after the Fed on Wednesday maintained the low-interest rate environment that has helped underpin the bull market for stocks since the global financial crisis in 2008.

"Because the Fed is shying away from tightening, there will be liquidity sloshing around in the world`s financial markets as well for another few months," said Tatsushi Maeno, senior strategist at Okasan Asset Management.

Fed Chair Janet Yellen did say US growth was looking stronger and rate increases would be needed to keep the economy from overheating and fuelling high inflation.

But that hardly changed the market`s perception on the outlook of the Fed`s policy, with interest rate futures pricing in roughly 60% chance of a rate increase by December, little changed from before the Fed meeting.

Crucially, the Fed also projected a less aggressive rise in rates next year and in 2018, fanning expectations bond yields will stay low in the foreseeable future.

The 10-yearUS Treasuries yield dropped to as low as 1.608%, down sharply from Wednesday`s high of 1.738% and hitting its lowest level in almost two weeks.

The BOJ said on Wednesday it will seek to guide the 10-year JGB yield around zero% in an unprecedented move but investors are left wondering exactly where and how the BOJ would be able to exert control on the bond yield.

In the currency market, the dollar was softer on the Fed`s policy outlook, with the dollar`s index against a basket of six major currencies slipping to its lowest level in nearly two weeks on Thursday.

The yen stepped back to 100.78 to the dollar from four-week high of 100.10 touched on Thursday after Japan`s top currency diplomat warned Tokyo will take action if needed. Oil prices rallied to a two-week high, helped byUS government data that showed a surprising crude inventory drop.

But they gave back some gains after Reuters reported that a two-day expert-level meeting of the Organization of the Petroleum Exporting Countries on production cooperation had yielded no major breakthrough.

The meeting was held in advance of Sept. 26-28 talks in Algeria between OPEC and other major oil producers to discuss a potential output freeze.

Brent crude futures traded at $47.38 per barrel, after having climbed to $47.83 on Thursday. Elsewhere, copper rallied to a six-week high despite worries about slow demand growth, supported by the Fed`s policy.