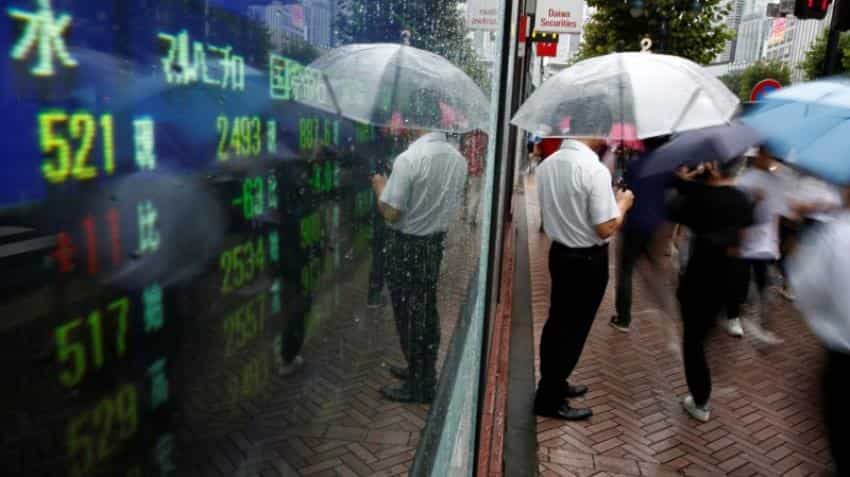 Asian shares and gold retreated on Wednesday and bond yields were near two-week highs after markets were rattled by a report flagging the possible withdrawal of global stimulus measures.

Rates would remain low until inflation gets up to the ECB`s target, its chief economist Peter Praet told bankers on Tuesday.

"International bond markets appear to be at a stage where nervousness about the prospect of central bank stimulus ultimately ending is outweighing the positive impacts of any near term moves to temporarily extend that stimulus," Ric Spooner, chief market analyst at CMC Markets in Sydney, wrote in a note. "This is reflected by bond yields rising and gold crashing."

Sterling remained near its 31-year low on concerns about Britain`s exit from the European Union, following losses of almost 2 % over the past two days after British Prime Minister Theresa May said on Tuesday the country`s separation from the EU will not be "plain sailing."

The strength in the dollar, driven by growing expectations of a rate increase by the Federal Reserve this year, also weighed on other currencies.

Richmond Fed President Jeffrey Lacker argued that borrowing costs might need to rise significantly to keep inflation under control. Lacker, one of seven policymakers who currently do not have a vote but who participate in policy discussions, made clear on Tuesday he would have been in the camp gunning for higher rates.

Traders have priced in a 63 % chance of the Fed raising rates in December, according to the CME Group`s FedWatch tool.

The dollar index, which tracks the greenback against six major global peers, slipped 0.1 % to 96.069 after advancing 0.5 % on Tuesday.

Crude oil defied the stronger dollar to surge after a report suggesting another weekly drop in U.S. crude inventories.