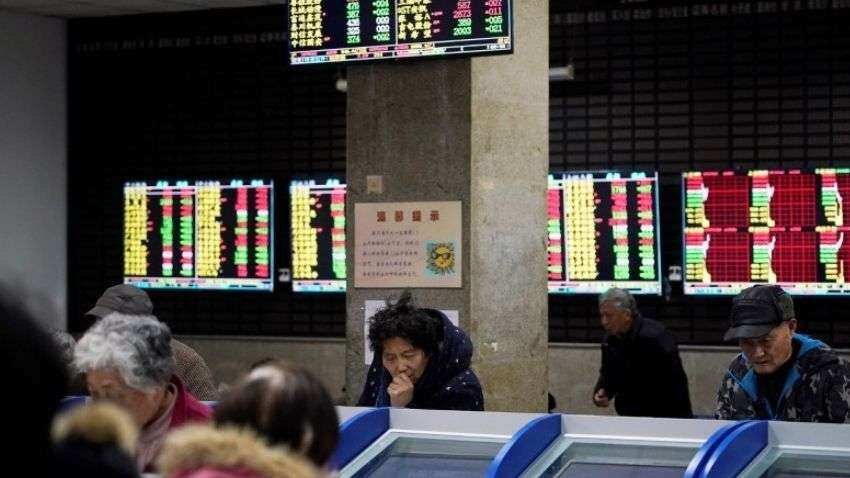 Asian shares suffered heavy losses early on Tuesday following a broad sell-off on Wall Street, as markets fretted about the impact of multi-year high oil prices at a time when supply chain disruptions are already putting pressure on economic activity.

MSCI`s broadest index of Asia-Pacific shares outside Japan dropped as much as 1.3%, falling for a third consecutive session. Japan stocks were down 2.8%, South Korea gave up 2.5% and Australia shed 1%. "Investors are clearly worried about inflation due to supply chain disruptions and the rally in energy prices," said Vasu Menon, executive director of investment strategy at OCBC Bank. The drop in markets took MSCI`s main benchmark to 619.87, the lowest since November 2020. It has shed more than 5% this year, with Hong Kong and Japanese markets among the big losers.

"We have seen tech stocks outperform value stocks, so if inflation remains a worry, then tech stocks tend to get hit," Menon said.

Oil prices reached three-year peak on Monday after OPEC+ confirmed it would stick to its current output policy https://www.reuters.com/business/energy/opec-seen-keeping-oil-output-pol... as demand for petroleum products rebounds, despite pressure from some countries for a bigger boost to production. [O/R] U.S. oil was steady at $77.60 a barrel, a day after hitting its highest since 2014. Brent crude stood at $81.30 after rising to a three-year top. Market focus in Asia will be on whether embattled property developer China Evergrande https://www.reuters.com/business/china-evergrande-share-trading-halted-h... offers any respite to investors looking for signs of asset disposals. Shares in the company were halted for trading on Monday.

U.S. Treasury yields rose on investor caution about the need to raise the government`s debt ceiling as the United States faces the risk of a historic default in two weeks. In late trading on Wall Street, the U.S. Senate prepared to vote on a bill passed in the House of Representatives that would extend the U.S. debt limit to December 2022, eliminating one deadlock in Congress that has unsettled investors. The U.S. dollar traded near a one-year high versus major peers ahead of key U.S. payrolls data due at the end of the week which might offer clues on the timing of a tapering of Federal Reserve stimulus and the start of interest rate increases. The dollar index, which tracks the greenback versus a basket of six currencies, edged up 0.09% to 93.928. The euro fell 0.13% to $1.1605, while the yen traded was up 0.12% at $111. Gold prices were locked in a tight range and stood at $1,763 per ounce, after rising on Monday to the highest since Sept. 23. [GOL/]