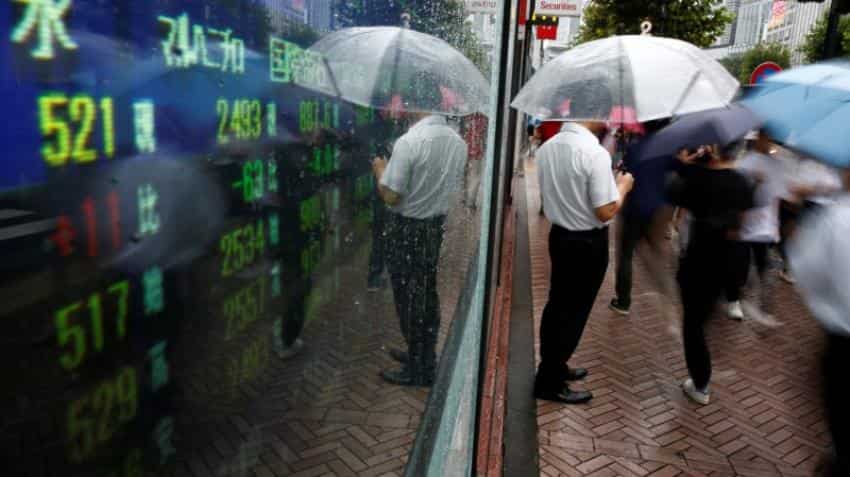 Asian stocks edged higher and the dollar consolidated recent gains on Tuesday though risk appetite was low as weak U.S. markets prompted investors to stay on the sidelines.

In Asia, MSCI`s broadest index of Asia-Pacific shares outside Japan gained 0.2% in early trade. Australia`s benchmark index was up 0.3 %.

As campaigning for the U.S. presidential elections enters its home stretch and concerns about the Chinese economy deepen after weak trade data last week, risk aversion is broadly on the rise forcing investors to cut positions after a strong rally in risky assets in the third quarter of 2016.

Daily portfolio flows to emerging markets declined sharply last week with the seven-day moving average declining to its lowest level since a surprise Chinese currency devaluation in August 2015, according to flows data from Institute of International Finance.

Adding to the headwinds for emerging markets is the growing likelihood of a U.S. rate increase in December which has lifted 10-year U.S. treasury yields up by 25 basis points so far this month and boosted the dollar.

"Despite the `lower for longer` rhetoric, the expected case for a December rate hike remains on course, yet given the division in the FOMC it is far from done," said Stephen Innes, a senior trader at FX broker OANDA, referring to the U.S. central bank`s Federal Open Market Committee.

Stocks moved lower after comments from Federal Reserve Vice Chairman Stanley Fischer, who said economic stability could be threatened by low interest rates, but it was "not that simple" for the Fed to raise rates.

In forex markets, major currencies were confined in broad trading ranges on the back of soggy U.S. data and the absence of fresh triggers.

The dollar  edged slightly lower against a basket of currencies after hitting a seven-month high in the previous session. The yen bounced around near 104 to the dollar.

Oil prices were broadly steady, as oversupply concerns with a spike in trade volume kept U.S prices below $50 a barrel, but losses were limited amid a projected drop in American shale output.

Safe-haven gold was firm around the $1250 per ounce level as growing risk aversion encouraged buyers, halting a 6 % fall over the last few weeks.