The euro rose 0.96% against the dollar, the biggest daily gain in three months on Tuesday and last stood at $1.1247. 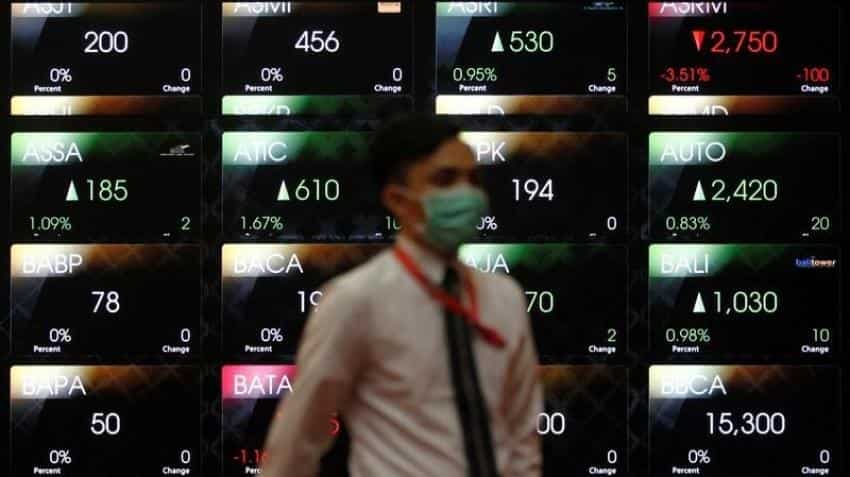 The dollar took a tumble and Asian stocks rose to one-year highs on Wednesday after surprisingly weak US services sector activity put paid to already slim chances of an interest rate hike by the Federal Reserve as early as this month.

MSCI`s broadest index of Asia-Pacific shares outside Japan rose 0.4%, extending its chunky gains of 2.7% over the last two days.

Japan`s Nikkei slid 1%, however, as the yen gained sharply versus the dollar, putting more pressure on exporters in the world`s third-largest economy.

The Institute for Supply Management`s index of non-manufacturing activity fell to 51.4, its lowest level since February 2010, from 55.5 the month before and well shy of the 55 estimate.

Given the strength in the service sector has been making up for softness in the manufacturing in the past year or so, the data was a blow to the case for the Fed to raise interest rates as soon as this month.

Comments from several Fed officials in recent weeks had boosted bets on a rate hike in coming months, but investors have had to scale back their expectations since Friday`s weaker-than-expected US payrolls report.

"Recent hawkish comments from Fed officials were probably intended to warn markets against being too complacent about the chance of a rate hike, rather than to make markets fully price in a rate hike," Shirota said.

US interest rate futures price gained to indicate only about 15% chance of a rate hike this month and just over 50% even by December, compared to above 20 and 60%, respectively, before the data were released.

Declining US yields undermined the dollar against other currencies and precious metals.The dollar slumped 1.38% on the yen on Tuesday and fell another 0.4% to 101.58 yen in early Wednesday trade.

The yen gained additional support from a media report that the Bank of Japan`s board is struggling to agree on a common front in its planned policy review.

The euro rose 0.96% against the dollar, the biggest daily gain in three months on Tuesday and last stood at $1.1247.

Oil prices kept some distance from three-week lows touched last week, maintaining a part of gains made after Saudi Arabia and Russia agreed on Monday to cooperate in world oil markets, saying they will not act immediately but could limit output in the future.

Brent crude futures stood at $47.24 per barrel, little changed on the day but up slightly so far this week and above its low last week of $45.32.