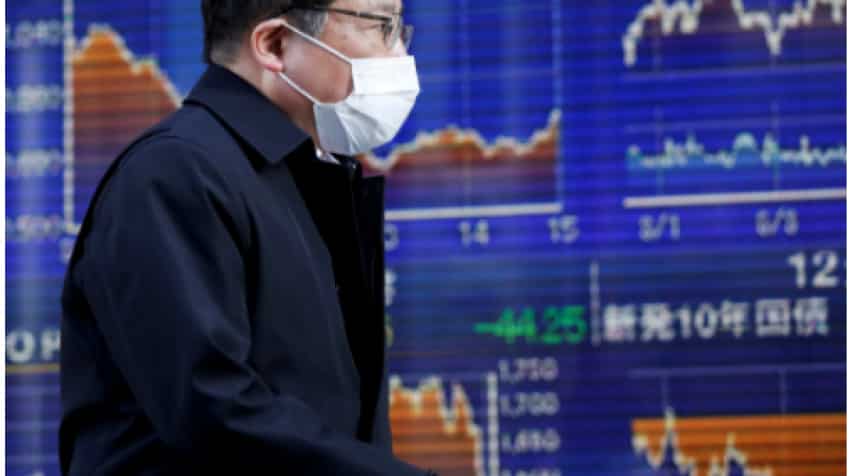 Asian shares retreated from a record peak on Monday after a Reuters report the United States was preparing to impose sanctions on some Chinese officials highlighted geopolitical tensions, while oil prices fell on surging virus cases.

Japan`s Nikkei declined 0.3% while Australian shares were up 0.5%.

The sell-off began after Reuters exclusively reported, citing sources, that the United States was preparing sanctions on at least a dozen Chinese officials over their alleged role in Beijing`s disqualification of elected opposition legislators in Hong Kong.

The move comes as President Donald Trump`s administration keeps up pressure on Beijing in his final weeks in office.

Asian markets had initially started the week on a positive note on hopes of a faster global recovery as coronavirus vaccines get rolled out, starting this week in Britain.

U.S. authorities will also this week discuss the programme before the expected first round of vaccinations this month.

Hopes the vaccines will help curb the pandemic which has so far killed more than 1.5 million people globally sent shares soaring in recent weeks.

"The vaccine will break the link between mobility and infection rate, allowing for the strongest global GDP growth in more than two decades," JPMorgan analysts wrote in a note, forecasting global growth of 4.7% in 2021.

"Tracking second waves through October and November, economic activity has surprised to the upside. This is true in both Europe and the U.S. This may be why financial markets have largely ignored the spike in cases, hospitalizations, and deaths."

The U.S. economy added the fewest workers in six months in November, with nonfarm payrolls increasing by 245,000 jobs last month, much lower than expectations for a 469,000 increase.

A bipartisan group of Democrats and Republicans proposed a compromise $0.9 trillion package that leaders on both sides appear open to agreeing to.

In currencies, investor focus is on a last-ditch attempt by Britain and the European Union to strike a post-Brexit trade deal this week, with probably just days left for negotiators to avert a chaotic parting of ways at the end of the year.

If there is no deal, a five-year Brexit divorce will end messily just as Britain and its former EU partners grapple with the severe economic cost of the COVID-19 pandemic.

The risk sensitive Australian dollar was barely changed at $0.7427.

In commodities, oil prices slipped from its highest levels since March as a continued surge in coronavirus globally forced a series of renewed lockdowns, including strict new measures in Southern California.