Employers are expected to have added 180,000 jobs in August, according to the median estimate of 89 economists polled by Reuters. 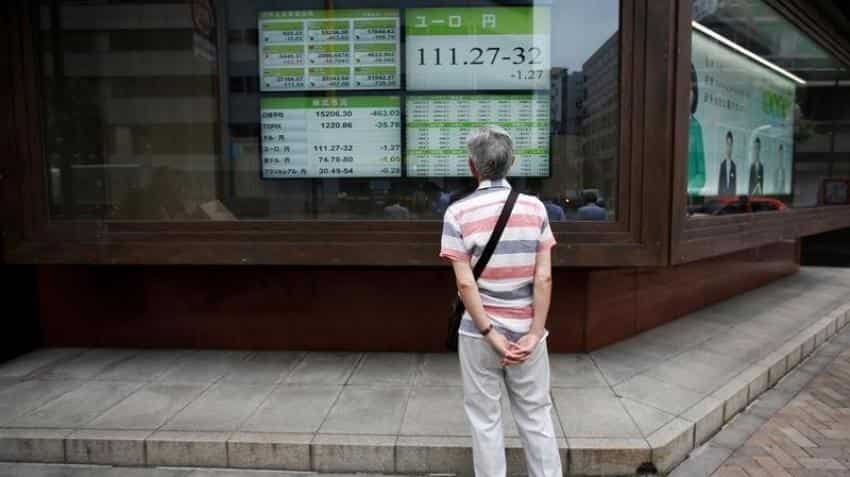 Asian shares dipped on Thursday after lower crude oil prices dented Wall Street and a pair of Chinese manufacturing surveys did little to inspire investors as markets waited to see if US employment data could put the Federal Reserve on track to hike interest rates.

Crude oil futures took back some lost ground after skidding on news of a large weekly build in US crude and distillate stockpiles and a smaller-than-expected drawdown in gasoline.

MSCI`s broadest index of Asia-Pacific shares outside Japan extended early losses and was down 0.5%, while Australia`s S&P/ASX 200 index was down 0.4%.

China`s manufacturing activity stagnated in August as growth in output and new orders slowed, prompting companies to shed staff for the 34th month in a row, the private Caixin/Markit Manufacturing Purchasing Managers` index (PMI) showed. Its index slipped to 50.0 in August, the no-change mark which separates expansion of activity from contraction on a monthly basis, from 50.6 in July.

But China`s official PMI survey was more upbeat and showed manufacturing activity picked up unexpectedly in August, nudging up modestly to 50.4, compared with the previous month`s reading of 49.9.

"Markets aren`t showing much reaction to the official China PMI, even though it edged up slightly above the 50-point level," said Ayako Sera, market strategist at Sumitomo Mitsui Trust Bank. "It did not give much of a lift to Japanese markets, for which US markets are a bigger factor."

Japan`s Nikkei stock index was flat after earlier wavering between positive and negative territory, as the yen pulled further away from its overnight lows.

FOCUS ON US JOBS REPORT

Employers are expected to have added 180,000 jobs in August, according to the median estimate of 89 economists polled by Reuters.

The ADP National Employment Report on Wednesday showed US private employers adding 177,000 jobs in August, slightly above the 175,000 forecast by a Reuters survey of economists, and contracts to buy previously owned homes surged in July.

But the dollar`s gains were tempered after the Institute for Supply Management-Chicago said its business barometer dropped 4.3 points to 51.5 in August, falling short of expectations.

Crude oil futures, which posted robust gains for August, steadied after tumbling on Wednesday as data from the US Energy Information Administration rekindled fears of a supply glut.